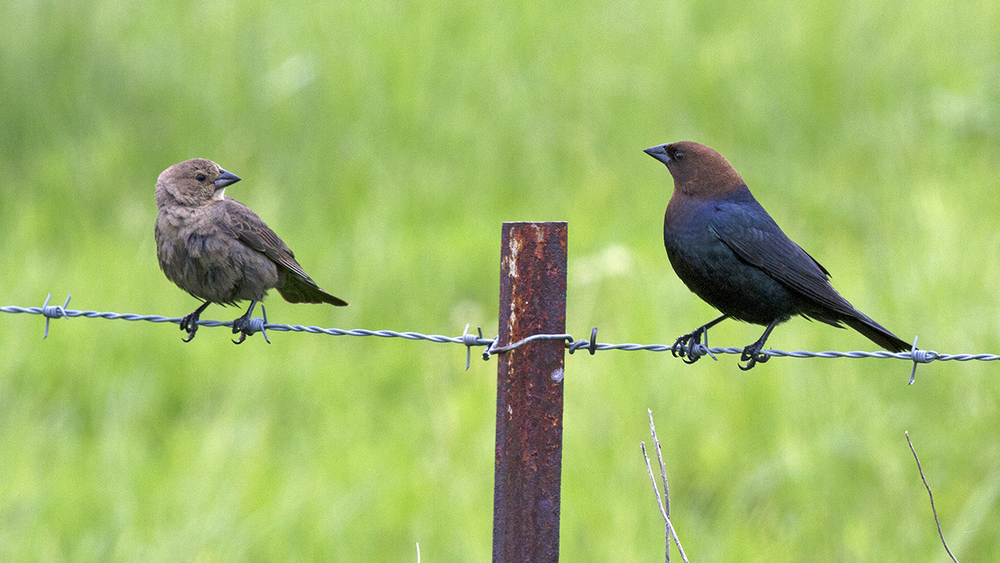 Cowbirds are brood parasites: They lay their eggs in the nests of other birds and let those birds raise their young. Prothonotary warblers are a common host of cowbirds.

“Warblers can’t tell the difference between their own offspring and cowbirds,” said Wendy Schelsky, a principal scientist at the Illinois Natural History Survey and co-author of the study. “They do a really good job of raising cowbirds, even though cowbird chicks are larger and need more food.”

The researchers studied the interactions between cowbirds and warblers for seven years to determine whether there was a difference in the relative number of males and females among cowbird offspring. They collected DNA samples from cowbird eggs or newly hatched chicks.

“Other scientists have not seen any difference in the sex ratios of brood-parasitic birds,” said study co-author Mark Hauber, a professor of evolution, ecology, and behavior at the University of Illinois at Urbana-Champaign. “This is the first time anyone has detected a seasonal bias and we believe that it is due to our large sample sizes.”

The researchers report their findings in the Journal of Avian Biology. First author and former Illinois postdoctoral researcher Matt Louder is now at H.T. Harvey & Associates in Los Gatos, Calif.