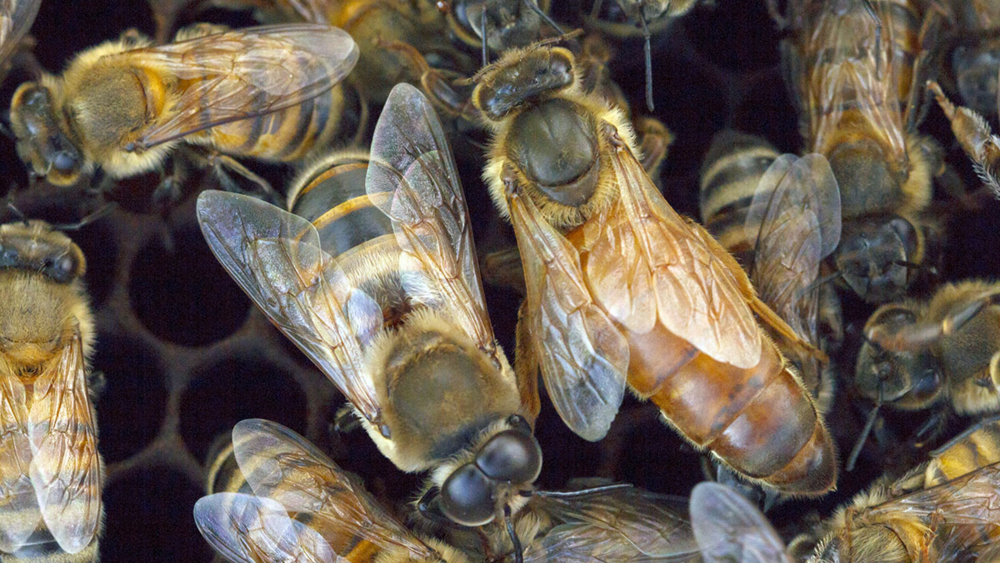 “We’ve always thought that the most significant aspects of an organism’s behavior are driven, at least in part, by its own genetic endowment and not the genomics of its society,” said Matthew Hudson, a University of Illinois at Urbana-Champaign professor of bioinformatics in the department of crop sciences who led the research with Gene Robinson, an entomology professor and the director of the Carl R. Woese Institute for Genomic Biology at the U. of I. “This is a signal that there may be more to the genetics of behavior as a whole than we’ve been thinking about.”

The researchers focused on a unique population of gentle Africanized honey bees in Puerto Rico, which have evolved to become more docile than Africanized bees anywhere else in the world.

“We wanted to know which parts of the genome are responsible for gentle behavior versus aggressive behavior,” Hudson said. “And because there’s quite a bit of variation in aggression among these bees, they are an ideal population to study.”