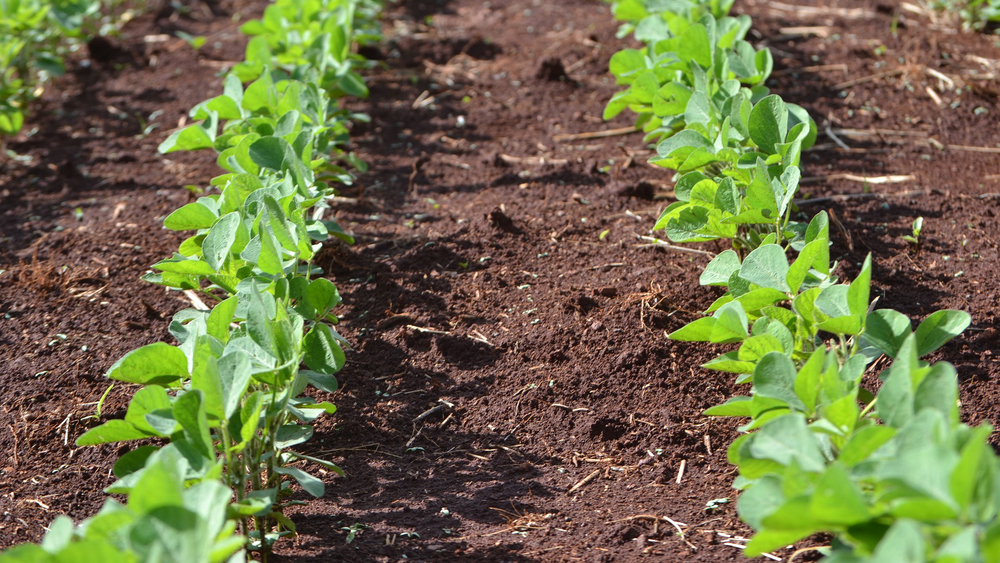 Gene found that could play role in improving photosynthesis

A single protein has been identified to play a role in improving photosynthesis under high concentrations of atmospheric carbon dioxide, according to a study published in in silico Plants. The protein, known as Gm-GATA2, is predicted to overcome limitations imposed by photosynthetic acclimation under elevated CO2 levels—and is a promising candidate for research into how we can better prepare for a future impacted by climate change.

Multiple models were linked together to determine which genetic pathways and transcription factors might play a role in photosynthesis, according to one of the study’s authors, Amy Marshall-Colon (Department of Plant Biology). “These models offer us a way to see what’s going on in the plant at multiple levels, from individual genes all the way up to organs. By performing in silico experiments on virtual plants we save time and resources by choosing the best candidates for our molecular and field studies.”

In this study, researchers used the models to determine what was happening at the genetic level of soybean during photosynthesis, an agricultural staple across many parts of the world. “We were looking for a gene or group of genes that could help us overcome metabolic limitations in soybean, so that these crops are better suited for future climates,” said Marshall-Colon, whose work on gene network analysis identified candidate genes for the models to evaluate.

What they found was that overexpression of the transcription factor gene Gm-GATA2 may overcome limitations to carbon assimilation at elevated CO2, a phenomenon known as photosynthetic acclimation. Gm-GATA2 is predicted to down-regulate Rubisco biosynthesis and up-regulate ribulose-1,5-bisphosphate (RuBP) regeneration.

Multi-scale models are crucial for scientists studying the many complicated relationships at work during photosynthesis. While single-scale models can describe one biological process or phenomenon through specific and targeted study, many times other factors are not included in the analysis, which could limit the predictive power of the models. Linking together single-scale models into multi-scale combinations improves the ‘real-world’ implications of the results, and could lead to a better understanding of how many of these systems behave.

In this case, the combination of multiple models resulted in a method by which potential genes could be identified, their activity up-regulated or down-regulated in one model, and the data then run through other models. These subsequent models showed how changes in expression of various genes would result in different phenotypes, some of which were better equipped for a future of increased atmospheric carbon dioxide.

“We’re using computational models to predict things that are called ideotypes, or ideal crops, that would perform well under challenging environments,” Marshall-Colon said. As the principal investigator of the Crops in silico project on campus, her work aims to use models to combat food scarcity in the future.

“As we are experiencing climate change, we are going to have a decrease in our staple crop yields and an increase in our human population; there’s a disconnect. We’re approaching a food security crisis,” she said. “These models help us to identify the genes that we’re looking for and what they might do, so when we move towards field trials, we can conserve time and resources and only spend them on our best options.”

The Crops in silico Project at the University of Illinois brings together researchers from institutions around the world to create, develop and integrate computer models to help identify and test characteristics of crop species that help them thrive in varying environments. “Mathematical modeling approaches have already identified opportunities that resulted in successful field trials by optimizing single processes like photosynthesis or single organs like root architecture,” Marshall-Colon said. “By combining and growing our models to scale up our work to whole plants and fields, we can move years ahead in optimizing plants for different growing conditions.”

Earlier this year, Crops in silico hosted its fifth annual Hack-a-thon, which brought together researchers from partnering institutions to share ideas, create research partnerships, and gauge the success of the project thus far. “One of the ideas that we’ve come up with is to start a journal specifically dedicated to the publication of these models scientists are developing,” said Marshall-Colon. “It will help our research community to better organize our work, centralize our findings, and recognize our accomplishments and their impact.”

The article, titled Combining gene network, metabolic and leaf-level models shows means to future-proof soybean photosynthesis under rising CO2, was published in in silico Plants and is available online.