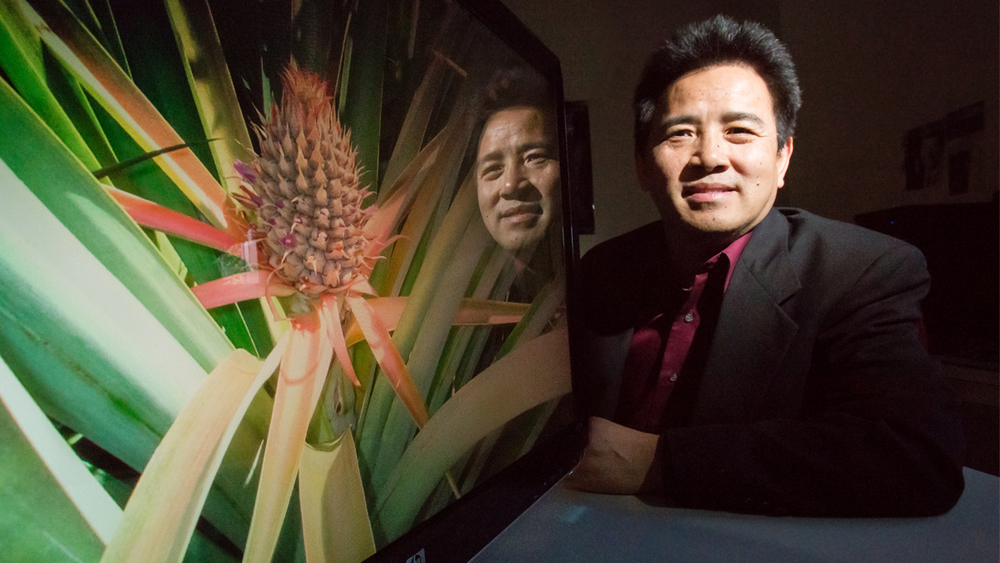 As their Latin name indicates, pineapples are truly “excellent fruits”—and thanks to a freshly completed genome sequencing project, researchers have gained a new understanding of how human agriculture has shaped the evolution of this and other crops.

An international team led by University of Illinois Professor of Plant Biology Ray Ming (GEGC) published their analysis of the genome of the red pineapple, a plant grown for fiber production and as an ornamental, in Nature Genetics. They also examined new sequence data for other key cultivars of pineapple grown for fruit, leading to new insights into the genetic responses of the plant to centuries of domestication and cultivation. In particular, the work supported the hypothesis that domestication of crops that are propagated without using seeds, through cuttings or other means, can be domesticated in a single step.

“We have chosen major pineapple cultivars worldwide . . . to test our hypothesis of ‘one-step operation’ in domestication of clonally propagated crops,” Ming said. He highlighted this aspect of the researchers’ work as one of the primary goals of the study.

Pineapples are a little bit exotic yet pleasingly familiar; large, spiky fruits with sweet, juicy yellow flesh. The newly sequenced variety of this study, Ananas comosus var. bracteatus, is different from this standard grocery store variety. It produces a small fruit that is not suitable for consumption and is grown in gardens for decoration or to form a security hedge. Unlike many cultivars of pineapple, it is able to self-pollinate.

Ming and his colleagues sequenced and assembled the red pineapple genome, using the genome of previously sequenced fruit pineapple as a reference and comparator. They also re-sequenced the genomes of 89 pineapple accessions (samples of plant tissue) from multiple cultivars. By comparing similarities and differences in DNA sequence across different types of pineapple, they were able to trace how natural and artificial selection shaped key traits and established distinct varieties.