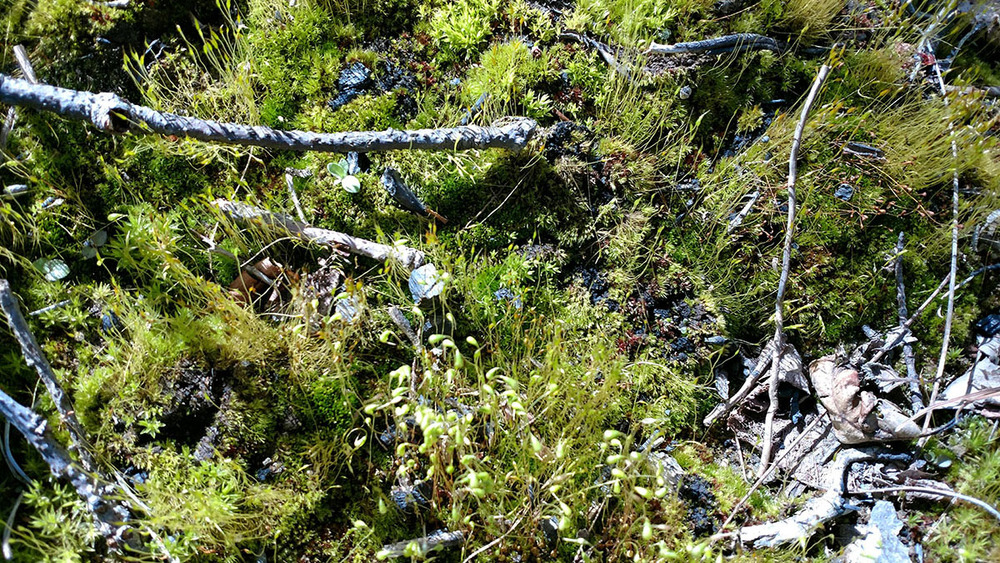 Fire-spawned forest fungi hide out in other organisms, study finds

Fire-loving fungi are among the first organisms to appear on the forest floor after a fire, followed closely by mosses and lichens.

When a wildfire obliterates a forest, the first life to rise from the ashes is usually a fungus – one of several species that cannot complete its life cycle in the absence of fire. Scientists have long argued about where and how such pyrophilous (fire-loving) fungi survive, sometimes for decades, between fires. A new study finds that some of these fungi hide out in the tissues of mosses and lichens.

The findings appear in the journal Fungal Ecology.

“We have this specific group of fungi that we see after a fire; they never occur before a fire,” said study co-author Andrew Miller, a mycologist with the Illinois Natural History Survey and Plant Biology Affiliate at the University of Illinois. “You’re only going to see the fruiting bodies – what most people recognize as a mushroom – after a fire.”