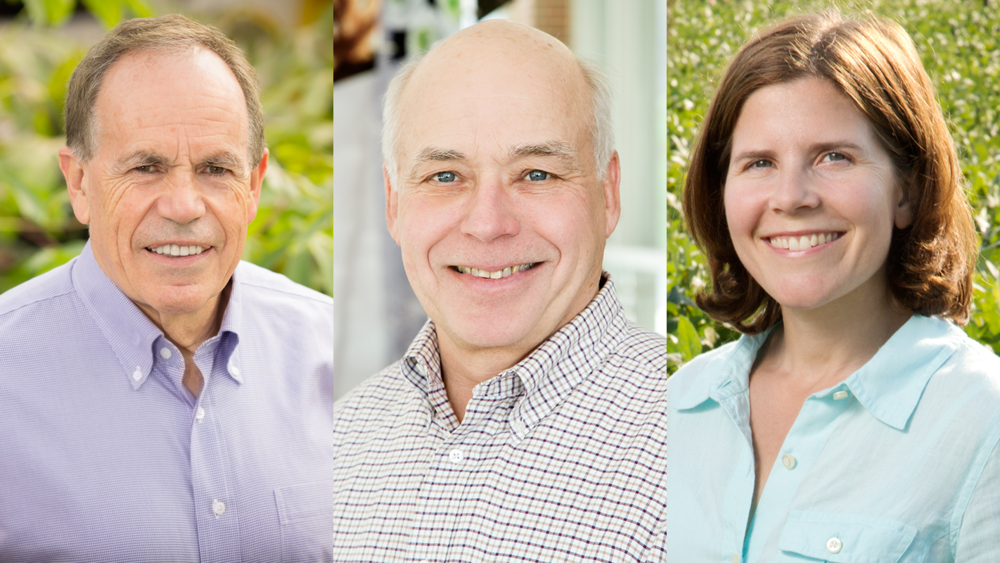 Eight faculty members at the University of Illinois at Urbana-Champaign have been named to the 2019 Highly Cited Researchers list, a global listing of scientists who produced the past decade’s most influential papers, compiled by the Web of Science group, a Clarivate Analytics company. Three investigators with SIB's Plant Biology Department are among those named: Stephen Long recognized for over twenty-five thousand cross-field citations, Donald Ort for Plant and Animal Science citations, and Elizabeth Ainsworth for her high level of cross-field impact.

The list recognizes researchers “who produced multiple papers ranking in the top 1% by citations for their field and year of publication, demonstrating significant research influence among their peers,” according to Web of Science. It selected 6,216 researchers for their performance in 21 fields and for cross-field influence in scholarly publications from 2008 to 2018.

Lisa Ainsworth leads the U.S. Department of Agriculture Agricultural Research Service’s Global Change and Photosynthesis Research Unit. Her research examines genetic variation in crop responses to air pollution and climate change. She received the 2019 Prize in Food and Agricultural Research from the National Academy of Sciences and is an affiliate of the Carl R. Woese Institute for Genomic Biology at Illinois.

Don Ort is the Robert Emerson Professor of Plant Biology and Crop Sciences. His research focuses on improving photosynthesis and addresses crop responses to global change factors including increases in atmospheric carbon dioxide and temperature. He leads the Genomic Ecology of Global Change theme in the IGB and was elected to the National Academy of Sciences in 2017.

Steve Long is the Stanley O. Ikenberry Chair of Crop Sciences and Plant Biology. He uses computational and experimental approaches to improve photosynthetic efficiency, and works to address the effects of climate change on crop yield. He was elected a Fellow of the Royal Society of London in 2013, and has been recognized as a highly cited researcher in the field of plant and animal science every year since 2005. He directs Realizing Increased Photosynthetic Efficiency, a multinational project supported by the Bill & Melinda Gates Foundation, the Foundation for Food and Agricultural Research, and the U.K. Department for International Development. He is a member of the IGB.