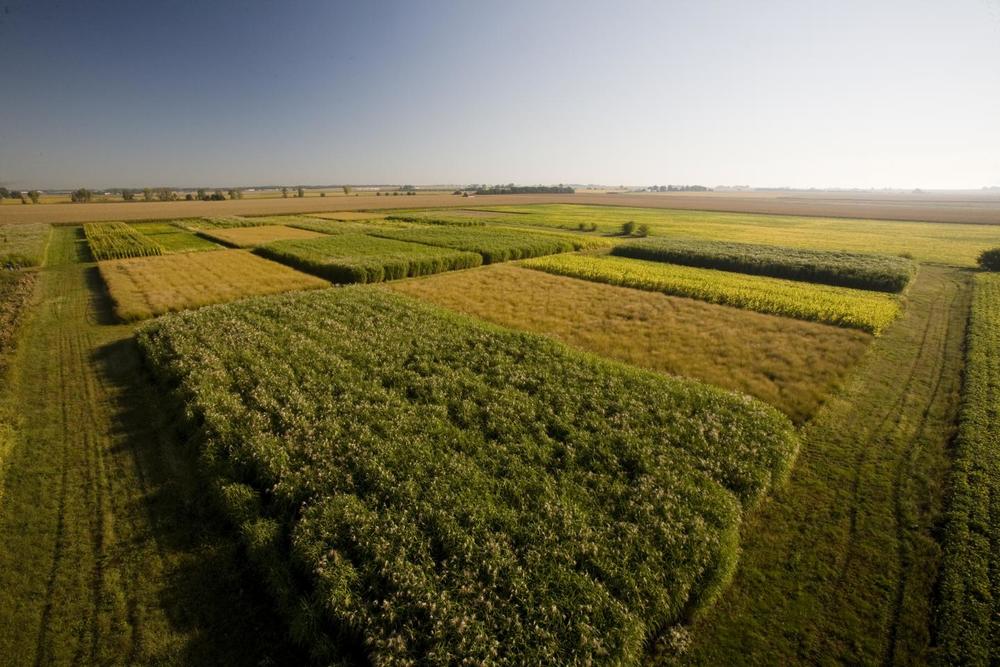 It's time to stop thinking in terms of food versus fuel

How farmers can sustainably, and affordably, meet humanity's growing demand for food and fuel

Whether you have taken a side or a backseat in the discussion, the "food versus fuel" debate affects us all. Some say growing more biofuel crops today will decrease greenhouse gas emissions, but will make it harder to produce food tomorrow, which has prevented the U.S. from maximizing the potential of environmentally beneficial biofuels.

In a recent article, published by the National Academy of Engineering, University of Illinois' Gutgsell Endowed Chair of Plant Biology and Crop Sciences Steve Long and University of California's Philomathia Professor of Alternative Energy Chris Somerville predict farmers can sustainably, and affordably, meet humanity's growing demand for food and fuel.

"It is not possible to control which fields are affected by climate change, but we can decide which fields could produce biofuels without impacting food production, and which crops will benefit the environment most," said Long, who directs the Realizing Increased Photosynthetic Effciency (RIPE) project at the Carl R. Woese Institute for Genomic Biology at the University of Illinois.

Biofuel crops capture and store carbon dioxide from the air, lowering greenhouse gases (GHG). This is especially true of the perennial biofuel crops, like Miscanthus and prairie cordgrass. As a clean-burning alternative to gasoline, biofuels also reduce GHG emissions from your car.

Not all biofuel is created equal

Today ten percent of your car's fuel (or more if you use E85) comes from ethanol, a fuel often made from fermenting corn and sugarcane. An alternative--called cellulosic ethanol--is produced from plants (called feedstocks) that are not grown for food.

Corn ethanol produces 34-44 percent less GHG emissions than gasoline. Sugarcane ethanol reduces GHG emissions by more than 50 percent; some estimate it reduces GHG by as much as 82 percent. Cellulosic ethanol, when combined with carbon capture and storage, may be a carbon neutral source of fuel with no net GHG emissions.

Cellulosic feedstocks have a lot of other benefits: They convert more sunlight energy into biomass energy per unit land area than food crops. Their deep, soil-binding root systems preserve precious topsoil and recycle nutrients, requiring little or no additional fertilizer. And because they don't have to be replanted each year, perennial feedstocks have an even smaller carbon footprint than annual crops.

Long and Somerville predict that over time acreage devoted to sugarcane and cellulosic biofuels will increase while corn--which has relatively fewer GHG benefits--will be grown almost exclusively for food and livestock feed.

The article notes that the U.S. is in a very fortunate position. "The U.S. has many millions of acres of unused and marginal land that could support biofuel crop production, to the economic and environmental benefit of those regions," Long said. "This cannot be done tomorrow, but with well-planned research and development, in 20 years these acres could provide a perpetual and sustainable source of fuels for the U.S."

Over the past 25 years, six million hectares of land dropped out of crop production due to federal conservation reserve programs and farmers abandoning marginal land that is not profitable for food crops. Cellulosic feedstocks thrive on this marginal land, including infertile land in the South as well as semi-desert and salty soils.

Miscanthus × giganteus, a promising cellulosic feedstock, showed no significant difference in yield when grown on high-quality or marginal land in Illinois. In England, it was grown for 14 years without fertilizer without any evidence of yield loss.

Great, but how much will this cost?

In time, biofuels will likely cost less than fossil fuels which might one day be subject to carbon taxes for environmental damage from GHG emissions.

While biofuels made from food and feed crops (e.g. corn and sugarcane) will increase the price of food, you won't notice a price hike at the grocery store; the price of grain is a very small portion of retail food prices in developed countries. This also provides an incentive to the farmer to invest and improve efficiency of production, Long said.

Biofuels will increase food prices in developing regions where large numbers of urban people live on a few dollars a day and depend on raw grains. However, rural small farmers in these areas will benefit from higher crop prices and could invest their profits into increasing production, which would eventually decrease prices.

But ultimately it's the environmental costs we have to worry about, Long said.

"We cannot afford to ignore the effects of GHG emissions on our climate," said Long. "Failing to allocate acreage to produce these sustainable fuels will cost us much more in the long run. But to fully realize the potential of bioenergy, we need support for continued technical improvements, together with effective and enabling policies. Planned in an informed way we can have both food and fuel from plants."