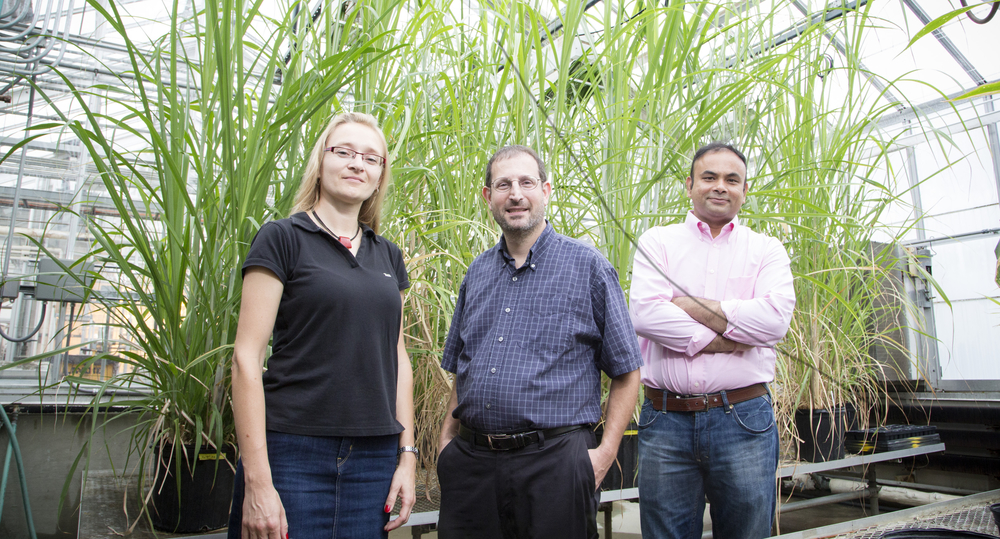 CHAMPAIGN, Ill. — U.S. farmers have long hoped to extend sugarcane’s growing range northward from the Gulf coast, substantially increasing the land available for sugar and biofuels. Several hybrid canes developed in the 1980s have proved hardy in cooler climes, surviving overwinter as far north as Booneville, Arkansas. But until now, no one had tested whether these “miscanes,” as they are called, actually photosynthesize, and thus continue to grow, when the thermometer dips.

Researchers now report that two miscanes – the offspring of crosses between sugarcane and a hardy, cold-tolerant grass, Miscanthus – perform as well as the grass species Miscanthus x giganteus at 10 degrees Celsius (50 F), staying green and converting carbon dioxide to plant matter at a steady rate. Although the rate of photosynthesis drops in the miscanes at 10 C, it doesn’t stall out altogether, as it does in sugarcane.

The researchers report their findings in the journal Global Change Biology Bioenergy.

“There are two different aspects of cold tolerance,” said University of Illinois crop sciences professor Erik Sacks, who led the research with postdoctoral researcher Katarzyna Glowacka. “Surviving over the winter is one thing, but we also need the plants to be productive at the beginning of the season and at the end of the season in a more northern – or higher altitude – environment where it’s colder, because the season is shorter as you go further north.”

Unlike tropical sugarcane, Miscanthus x giganteus is just as productive in the cool spring and fall as in the heat of summer. It sprouts earlier than corn in the spring, and its leaves stay green and active well into the fall.

“Typically, with sugarcane, when you lower the temperature to 10 or even 14 degrees (Celsius), there is very little growth or no growth, and leaves lose their ability to conduct photosynthesis,” Glowacka said. “The plants will not die, but they don’t grow.”

Modeling studies suggest that extending sugarcane’s growing season by 30 days – allowing it to photosynthesize in cooler temperatures the way Miscanthus does – can boost sugarcane yield by as much as 25 percent in the U.S., Glowacka said.

The researchers exposed the miscanes to 10 days of 10-degree C conditions in the laboratory, measuring the rate of photosynthesis all the while. When they raised temperatures again to 25 degrees (77 degrees F), photosynthesis rebounded in the miscanes similar to Miscanthus x giganteus. This means that the gains in chill-tolerance did not blunt sugarcane’s productivity – a happy finding, the researchers said.

“If we could get these plants to grow as far north as hardiness zone 8, that would be really great,” Sacks said. “That’s a huge amount of land, and some of it is not very productive currently.”

The miscanes could be grown for sugar or as a productive biofuels crop on the least productive land in the American South, Sacks said.

“To avoid potential food vs. fuel concerns, we wouldn't put it in a place with highly productive agriculture, like the Mississippi Delta,” he said.

Many years of work remain before chill-tolerant miscanes are available for production on a large scale, the researchers said. But the new findings establish that sugarcane can be made chill-tolerant without losses in productivity, they said.

Co-authors Sacks, Glowacka, crop sciences professor Stephen Long and visiting scholar Shailendra Sharma are affiliates of the Carl R. Woese Institute for Genomic Biology at the U. of I.

This research is part of the PETROSS (Plants Engineered to Replace Oil with Sugarcane and Sweet Sorghum) project, which is funded through the Department of Energy Advanced Research Projects Agency-Energy. Collaborators on the study included scientists from the U.S. Department of Agriculture – Agricultural Research Service in Canal Point, Florida.