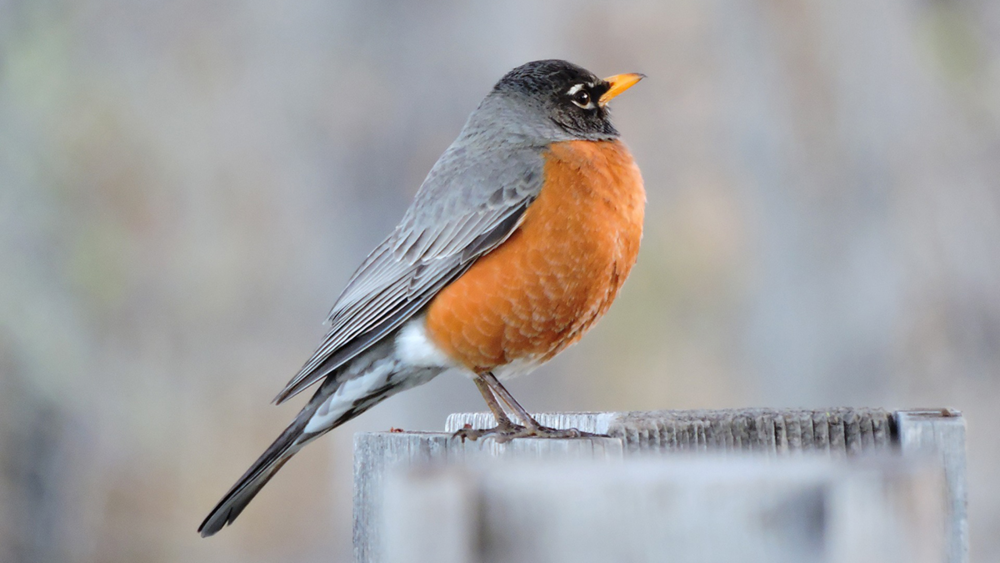 Just as humans are usually left- or right-handed, other species sometimes prefer one appendage, or eye, over the other. A new study reveals that American robins that preferentially use one eye significantly more than the other when looking at their own clutch of eggs are also more likely to detect, and reject, a foreign egg placed in their nest by another bird species – or by a devious scientist.

The robins have no eye-preference when a decoy egg is a different color than their own eggs, the researchers found. But when a decoy egg mimics their own in color, they are better able to distinguish the foreign egg if they rely on one eye more than the other.

The new results are reported in the journal Royal Society journal Biology Letters.

The findings are important because American robins and other birds are often targeted by brood parasitic species, such as brown-headed cowbirds, that lay their eggs in other birds’ nests. Some birds targeted by such parasites have learned to identify and reject the intruders’ eggs, thus avoiding raising the chicks of another species while neglecting their own chicks’ care.