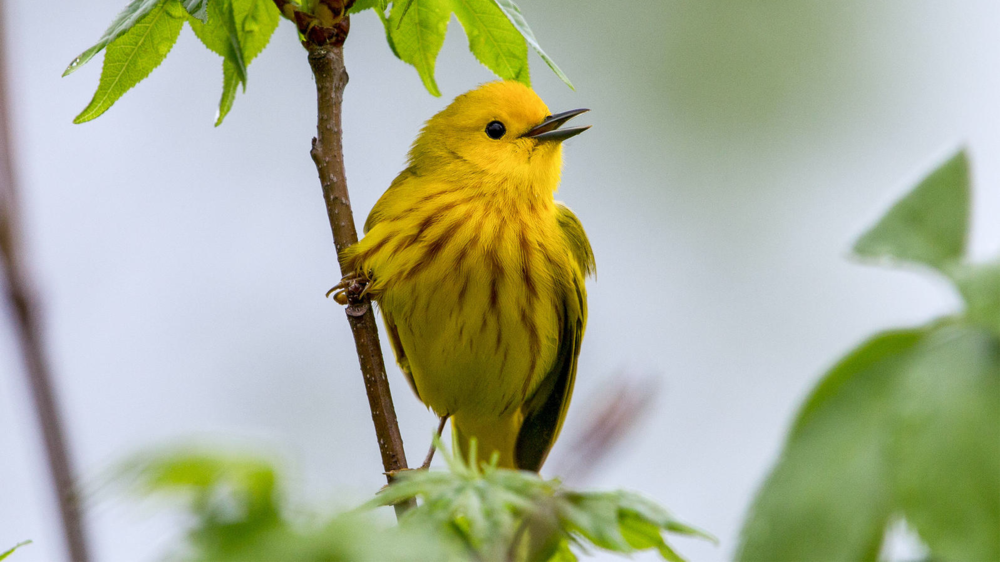 When warblers warn of cowbirds, blackbirds get the message

This is the story of three bird species and how they interact. The brown-headed cowbird plays the role of outlaw: It lays its eggs in other birds’ nests and lets them raise its young – often at the expense of the host’s nestlings. To combat this threat, yellow warblers have developed a special “seet” call that means, “Look out! Cowbird!”

In a new study, researchers Shelby Lawson and Mark Hauber at the University of Illinois at Urbana-Champaign report that red-winged blackbirds respond to the seet call as if they know what it means.

“Does this mean red-winged blackbirds understand that the call is specific to cowbirds or are they just responding to a general alarm?” said graduate student Shelby Lawson, who led the study with Mark Hauber, a professor of evolution, ecology and behavior at the U. of I. The researchers sought to answer that question by playing back the calls of several bird species in warbler and blackbird territories to see how the birds reacted.

They report their findings in the journal Communications Biology.

“We know that eavesdropping on the calls of other species is common across the animal kingdom,” Lawson said. “Birds do it. Mammals do it. There are studies of different primates that do it – and even birds that listen in when they do.”