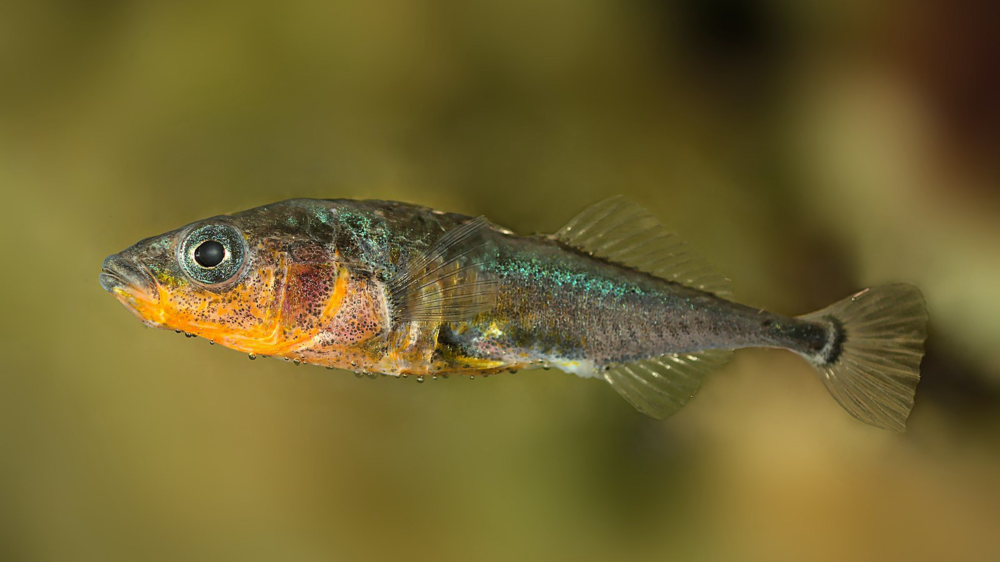 Animals can influence their offspring through multiple signals starting from fertilization to after birth. However, researchers have seldom looked at how these different signals work together to influence behavior. In a new study, postdoctoral researcher Jennifer Hellmann in the Bell Lab investigated how changes in sperm and paternal care influence the offspring of threespine sticklebacks.

Epigenetic changes—reversible modifications in genes that are caused due to the environment—in the sperm have been shown to influence future generations in response to predators, pathogens, environmental toxins, and warming temperatures.

“We are increasingly realizing that dads can transmit cues, via sperm or through parental care,” said Hellmann, now a faculty member at the University of Dayton. “Previous students in the lab have shown that the stickleback fathers alter the amount of care they provide in response to predator risk, but it was unclear whether the changes that are induced by sperm-mediated effects can alter the ways in which parental care influences the offspring.”

In the presence of predators, male sticklebacks alter their parental care and produce offspring that are more timid, potentially leading to higher survival against predators. The reason might be because the offspring learn antipredator skills from their fathers early in life.

To understand how parental care can influence the epigenetic effects, the researchers used two groups of fathers: those that were exposed to a predator before they fertilized the eggs and those that were not. “We used a population of sticklebacks from California in which we had shown that parental exposure to predators causes a number of changes in the offspring genes,” Hellmann said. “For two weeks we used a clay model of the predator and swirled it around the tank to mimic predation risk.”