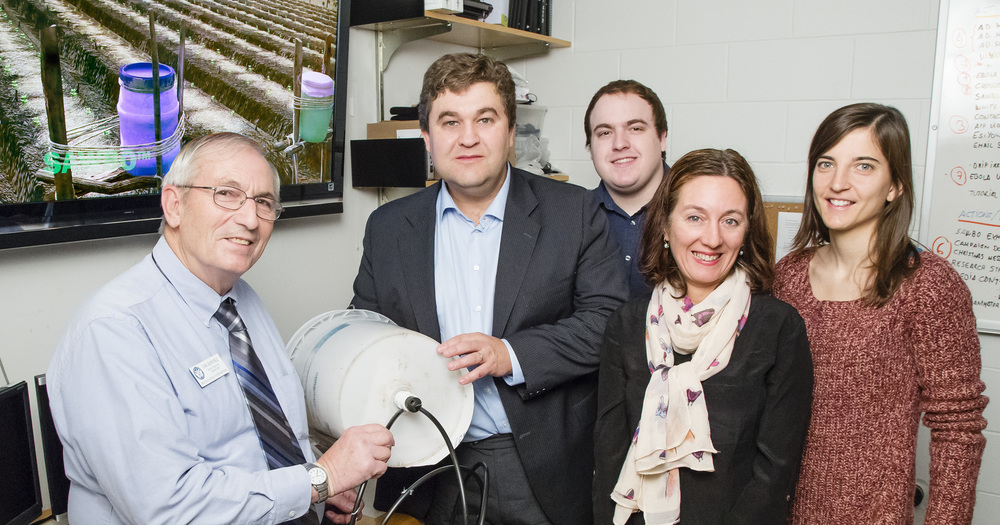 CHAMPAIGN, Ill. — Subsistence farmers in Africa, the Americas and the Caribbean are learning how to construct raised planting beds and install drip irrigation systems to boost their agricultural productivity, conserve water and perhaps even halt the rapid advance of desertification in some drought-prone regions.

This educational effort, led in large part by nonprofit groups and private donors, is getting a boost from Scientific Animations Without Borders, an initiative that produces animated educational videos that can be played and shared on cellphones and other digital devices. The videos focus on health, agricultural production and development, and are narrated in local languages, reaching many who cannot read.

Carl Burkybile, the agricultural director of Healing Hands International, a faith-based, humanitarian nonprofit group that, among other things, teaches “survival gardening,” first contacted SAWBO co-founders, University of Illinois entomology professor Barry Pittendrigh and Center for African Studies assistant director Julia Bello-Bravo, in the summer of 2014. Burkybile, an Urbana resident, asked SAWBO to work with him to develop animated videos to help get the survival gardening information into more hands.

“This is exciting from my perspective,” Bello-Bravo said. “Here is someone from the community who was already going global with important agricultural information. He worked with us on every detail of these videos, and now he is actively sharing them globally.” (Watch a movie about the videos.)

The SAWBO team routinely works with community educators to develop educational animations to meet their needs. Today, SAWBO offers dozens of videos in more than 20 languages. The video developers consult international experts on the topics the animations address. The videos are made available at no cost to the public and to educators who can share them widely.

“If we can partner with a group, even if they can’t bring financial resources to the table, sometimes they bring even more valuable resources: expertise, time and goodwill,” Pittendrigh said. “Sometimes you can move mountains with goodwill.”

“We’re excited about what we’ve developed with SAWBO,” Burkybile said. “We have survival gardening handouts that I’ve developed in English and Spanish right now, but many poor farmers are illiterate. With the cellphone videos, they can learn how to do these things, even though they can’t read.”

The videos demonstrate how to build raised planting beds using layers of vegetation, animal manure and soil. They also show how to install a drip irrigation system. Healing Hands International provides the drip irrigation buckets, lines and hardware to those it serves, but most of the techniques in the videos also can be adapted by people who have no access to drip lines, Burkybile said.

If they lack drip lines, farmers can water the plants by hand. If water is scarce, they are instructed to water only at the base of each plant. The videos show how to build 15-meter long planting beds that are one meter wide with two rows of plants per bed.

“With 10 gallons or 40 liters of water per day, they can raise enough vegetables to feed a family of five to seven during the dry season,” Burkybile said. “So if one bed will feed your family, the second one is income, and the third one and the fourth one. So first we want to feed the family and then have an income so that the kids can get an education and the family can be productive and prosperous.”

The survival gardening videos are now available in English, Spanish and French, and soon will be translated into Swahili, Creole and Portuguese. So far, the videos have been shown in El Salvador, Guyana, Haiti, Honduras, Kenya and South Sudan, Burkybile said.

Pittendrigh and Bello-Bravo will present on SAWBO at the 2015 conference of the Central American Cooperative Program for the Improvement of Crops and Animals in Guatemala City.