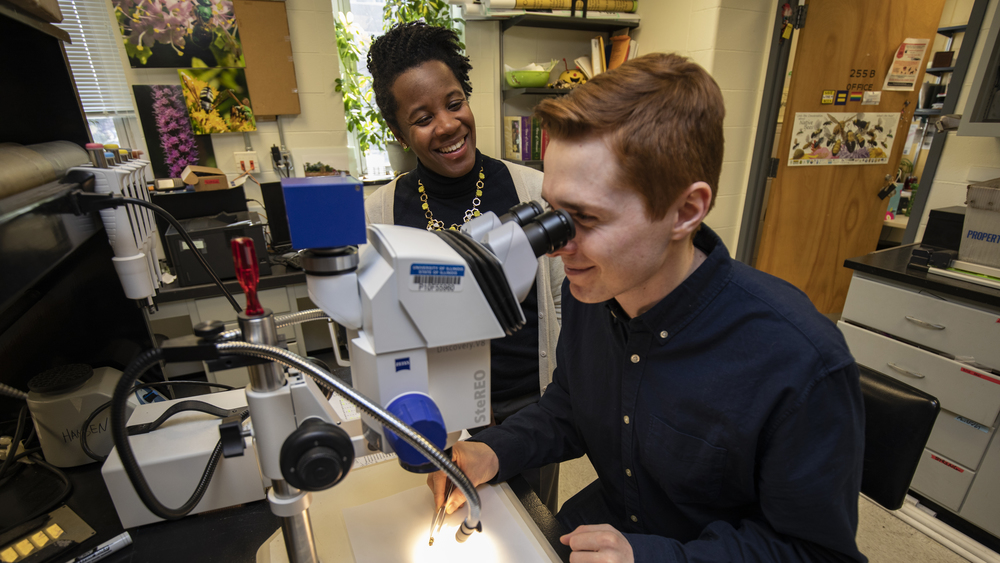 Study explores little-understood effects of soil exposure on subterranean colonies. Results from a new study suggest that bees might be exposed to pesticides in more ways than we thought, and it could impact their development significantly.

While these previous studies have shown that pesticide consumption by honey and bumble bees can have important ecological consequences, this new study is one of the first of its kind to determine the effects of contact with pesticides, such as those that occur in soils, that other bee species might encounter.

"This is an important piece of work because it’s one of the first studies to look at realistic concentrations of pesticides that you would find in the soil as a route of exposure for bees. It’s a very under-explored route, especially for some of the more solitary species that nest in the ground," said Nick Anderson, graduate student in entomology, led the study with his advisor, Alex Harmon-Threatt, professor of entomology.