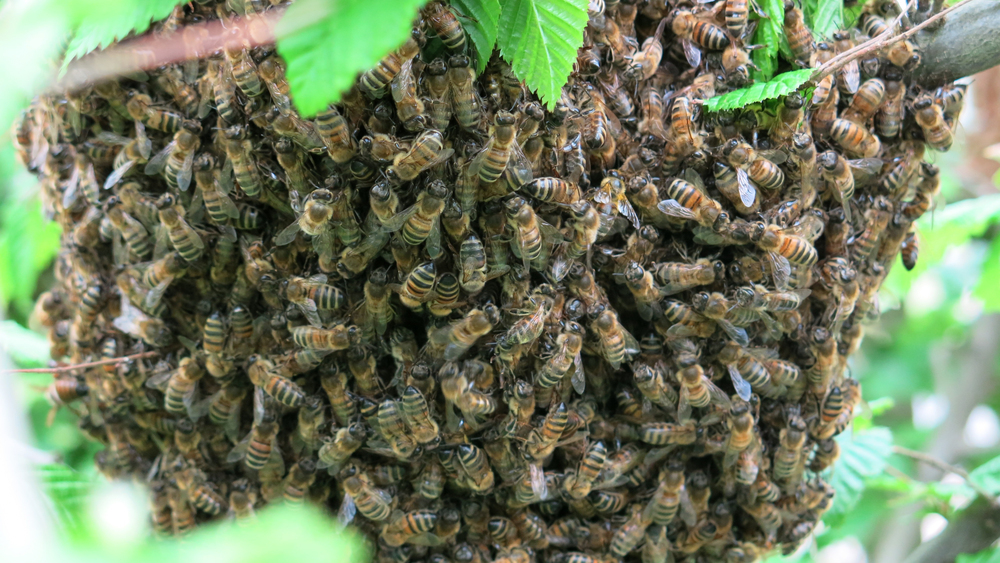 Making important commercial or financial decisions can be a very difficult task, especially with a variety of perspectives and stakeholders to consider. Dr. Marianne Alleyne, assistant professor in entomology, and Molly Sturgis, graduate student researcher in industrial and enterprise systems engineering, have turned to bees to see what kinds of insights could be translated to human decision-making.

In a paper published in the IEEE Systems Journal, Alleyne and Sturgis looked at the way honey bees determined where to build their next hive to create the BIE, or bee inspired evaluation algorithm. When bees in a colony have outgrown their current hive, they will leave the hive and gather in a swarm. To determine the site of the new hive, a subgroup of bees, called scouts, will leave to evaluate potential new nest sites.

The scouts will make independent evaluations of a subset of available sites and return to the group to dance, emit odors, and otherwise communicate their findings to the rest of the hive. The more suitable the site, the more enthusiastically the bee will perform the dance. Other scout bees might then investigate the site for themselves and return with their own evaluations. Once a certain number of individuals in the hive have reached the same decision, a quorum is reached and the new hive site is selected.

Translating this process to human groups, Alleyne and Sturgis compared this process of decision making with several others, including consensus (everyone must agree), unilateral (one individual makes the decision), and simple majority voting. The BIE algorithm avoids the inherent issues involved with these other processes, and uses a choice matrix wherein individuals (such as multiple rounds of investigating honey bee scouts, or people within a company) can systematically identify, analyze, and rate the suitability of each choice, whether that be a new nest site or a new initiative for a company. If the first group of scouts cannot decide on a suitable location, a new group of scouts is chosen and sent to evaluate the sites, with all the information provided from the previous group. Those additional votes or evaluations are added to the total tally until a quorum is reached.

This process leverages the experience and perspective of multiple group members, rather than just the queen bee or the CEO, and the models showed that a quorum can be reached very quickly. “Let’s say that there are several different kinds of people looking for a new company location,” said Alleyne. “One might be the CEO, who could be interested in selecting a city with good opportunities for growth or hiring, and another might be a staff member with young children, who could be interested in finding a family-friendly location. This process allows for multiple perspectives to be included, without sacrificing time and resources to solicit input from everyone.”

Future research could examine the relationship between human behaviors and the impact on decision-making, such as group identity, selfishness, or communication issues. “One of the things we didn’t look at, and that would need to be looked at in a human group setting, was that people can have ulterior motives. Bees in a colony don’t make decisions that are best for only the individual,” said Alleyne. “It can be useful to look at nature for inspiration on how to solve certain problems, and that can be in terms of making new objects and technologies to something more like this, improving upon systems innovations.”