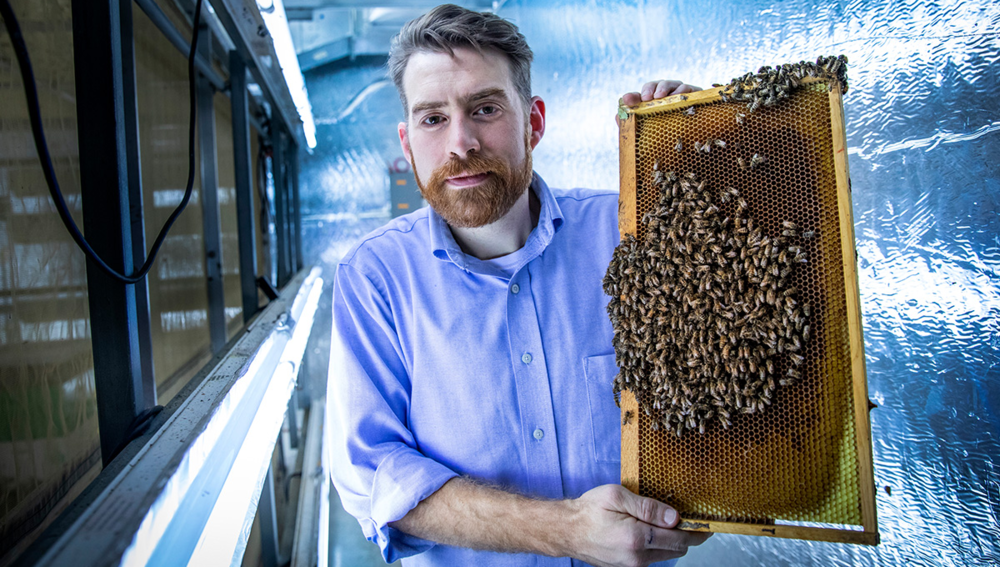 A little prairie can rescue honey bees from famine on the farm, study finds

Scientists, including Adam Dolezal, placed honey bee hives next to soybean fields in Iowa and tracked how the bees fared over the growing season. To the researchers’ surprise, the bees did well for much of the summer. The colonies thrived and gained weight, building up their honey stores. But in August, the trend reversed. By mid-October, most of the honey was gone and the overwintering brood was malnourished, the team discovered.

“We saw a feast-or-famine kind of dynamic happening, where in the middle of the summer they were doing great. In fact, the hives in highly agricultural areas outcompeted hives in areas with less soybean production,” said Amy Toth, a professor of ecology, evolution and organismal biology at Iowa State University who led the research with ISU entomology professor Matthew O’Neal and University of Illinois entomology professor Adam Dolezal.

“But then they all just crashed and burned at the end of the year,” Toth said.

In further experiments, the researchers were able to “rescue” some of the afflicted hives by moving them to reconstructed prairie sites with many late-flowering prairie plants. Those hives rebounded to healthy levels and were better prepared for winter.

The findings, published in the Proceedings of the National Academy of Sciences, offer a more nuanced view of the role of agriculture in honey bee health than was previously available, Dolezal said.