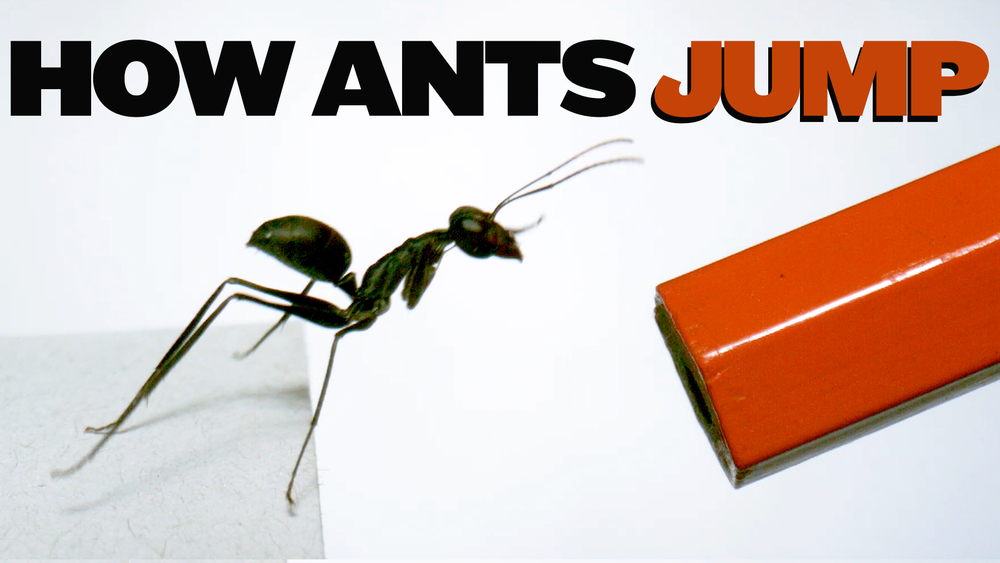 Researchers in the Department of Entomology at the University of Illinois have shown how a species of ant uses its abdomen to add speed to its jump, in a recent study published in Integrative Organismal Biology.

With a name like Gigantiops destructor, one might expect this ant species to be large or aggressive, but these relatively shy ants common to South America are anything but. Compared to other notable Amazonian ants such as bullet, army and leafcutter ants, Gigantiops are smaller, less confrontational, and often overlooked as one walks through the rainforest. However, these ants are capable of a rather unique behavior – they travel through their leaf litter habitats by jumping – and rotating their abdomens to power part of that process.

Gigantiops destructor is one of only four types of ants that are known to use their legs to jump as a form of locomotion. The ants use their legs to make precise directional jumps, aided by how they move their abdomens, as the new study shows. “It had been previously thought that these ants were swinging their abdomen above their body during takeoff to help power their jumps,” said study co-author Josh Gibson, a graduate student in entomology. “Until now, no one had actually tested it, so that’s what we set out to do in this paper.” Gibson co-authored the study with Dr. Andrew Suarez (entomology; evolution, ecology and behavior) and Dajia Ye (alumna and current graduate student at the University of Pennsylvania).

Using high speed cameras to study the ants in slow motion, the authors compared the jumps of unencumbered ants to the jumps of ants who had been sedated and had their abdomens glued in place, as well as to ants who had been sedated and sham-treated as a control. By limiting their ability to move, the researchers hoped to understand how the ants utilized this body movement for jumping.

The results indicate that moving their abdomens aids the ants to jump further, higher, and faster overall. This is particularly helpful to the ants as they try to navigate the detritus on a forest floor. “These ants forage in leaf litter, and it can be quite difficult if the ants have to walk up and down each leaf,” said Gibson. “Jumping improves their ability to travel much more quickly through the litter, and their abdominal rotation powers those jumps, at least in part.”

Interestingly, the abdomen rotation does not seem to be involved as much in stabilizing the body of the ant during the jump – which is where the legs come in. “Looking at future work, we could look at the center of body mass on the ants and see how they use their legs to stabilize themselves after they jump,” added Gibson. “Learning more about how these ants move and how their bodies to accomplish that can help us gain a better understanding of how this could apply to other species, or provide insight into bio-inspired design concepts.”

To learn more, watch a video presenting these findings and the jumping ants in-action: https://youtu.be/o01WIFXnrSw