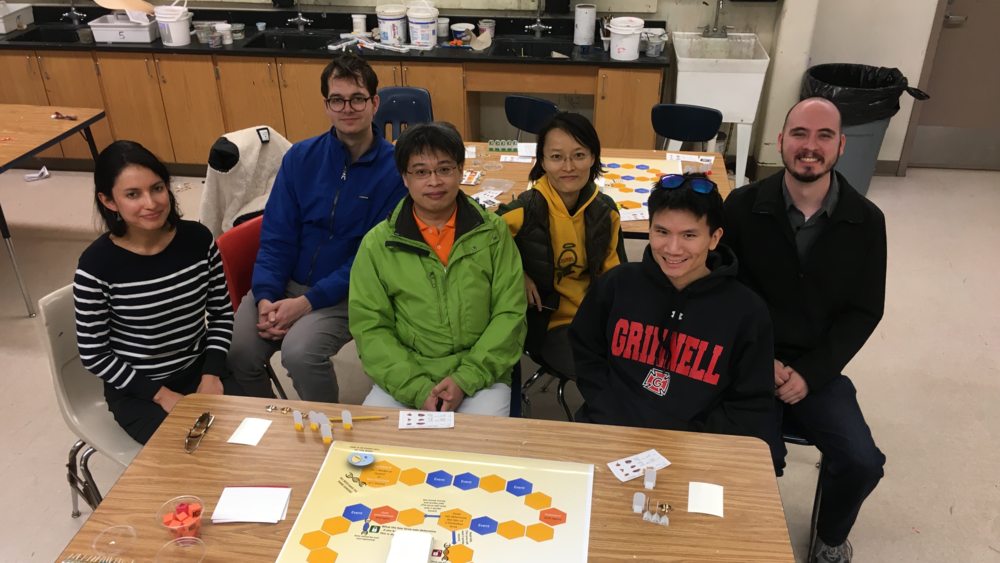 Researchers from the Berenbaum Lab in the Department of Entomology are helping local kids gain a better understanding of bees, their life cycle, and their role in our world. Led by Dr. Bernarda Calla and Dr. Ling-Hsiu Liao, the group of researchers visited Urbana Middle School’s SPLASH (Students Playing and Learning After School Hours) program to pilot an educational board game about bees and pollination.

Through the board game, students were introduced to how a hive operates, how a queen bee ensures genetic diversity in the hive, how bees are differentiated into various roles, and how a bee’s environment can dictate a lot – from disease to better nutrition. 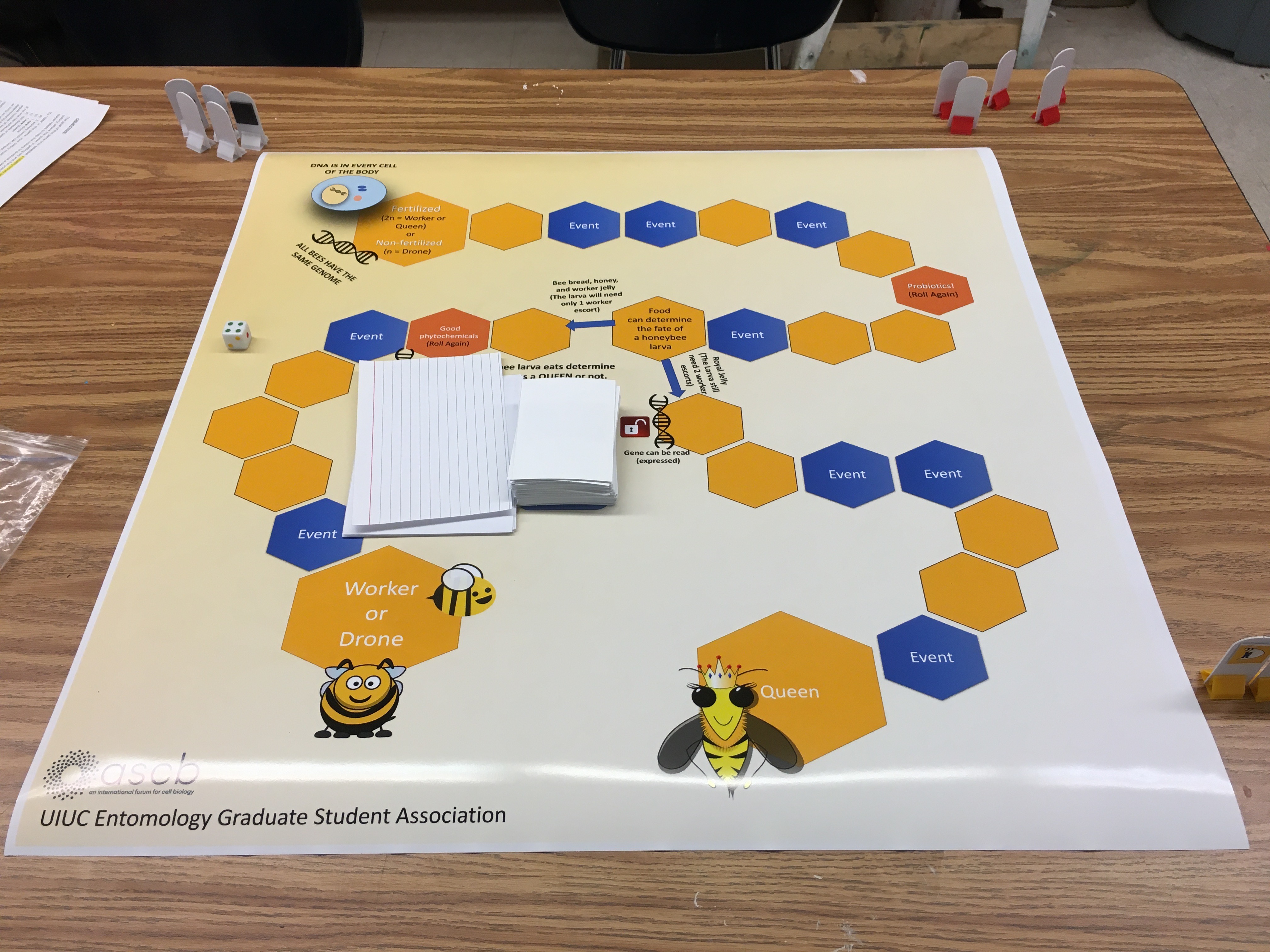 Before the students began, they sampled honey made from different kinds of pollen, and they learned about the importance of bees in our food system. Dr. Calla explained to the students how fertilization and epigenetics have a role in the fate of bees, and that they would be able to see that in the game.

While playing, students could land on “event” squares, which included variables such as colony collapse disorder, extra food for the hive, an additional visit from a bee-keeper, etc. These events impacted how the students’ queens and drones were able to move around the board, and correlated to real-world impacts that bees are currently facing. This also impacted the ways that students’ pieces became queens, drones or workers. It was up to the student to use their positive resources (aid from a bee-keeper, other resource cards gained through events) to aid their hive and win the game.

The game was envisioned by Dr. Ling-Hsiu and developed with the help of a team including graduate students Will Montag, Edward Hsieh, and Daniel Bush, and with the cooperation of Dr. Esther Ngumbi. Dr. Calla and her colleagues will use this feedback to improve the game, and they hope to use it as an educational tool for other students moving forward. This project was made possible by the COMPASS outreach grant from the American Society for Cell Biology to Dr. Calla, and supported by the Department of Entomology.