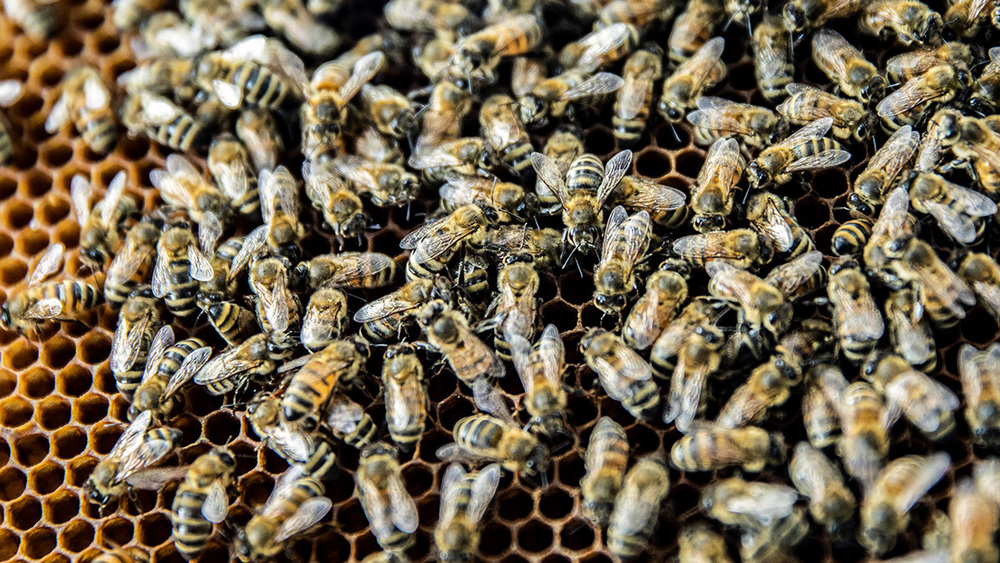 Entomology professor Adam Dolezal and his colleagues found that infection with the Israeli acute paralysis virus increases the likelihood that infected bees are accepted by foreign colonies.

Honey bees that guard hive entrances are twice as likely to allow in trespassers from other hives if the intruders are infected with the Israeli acute paralysis virus, a deadly pathogen of bees, researchers report.

Their new study, reported in the Proceedings of the National Academy of Sciences, strongly suggests that IAPV infection alters honey bees’ behavior and physiology in ways that boost the virus’s ability to spread, the researchers say.

“The most important finding of our study is that IAPV infection increases the likelihood that infected bees are accepted by foreign colonies,” said Adam Dolezal, a professor of entomology at the University of Illinois at Urbana-Champaign who led the new research. “Somehow, the infected bees are able to circumvent the guards of foreign colonies, which they shouldn’t be able to do.”