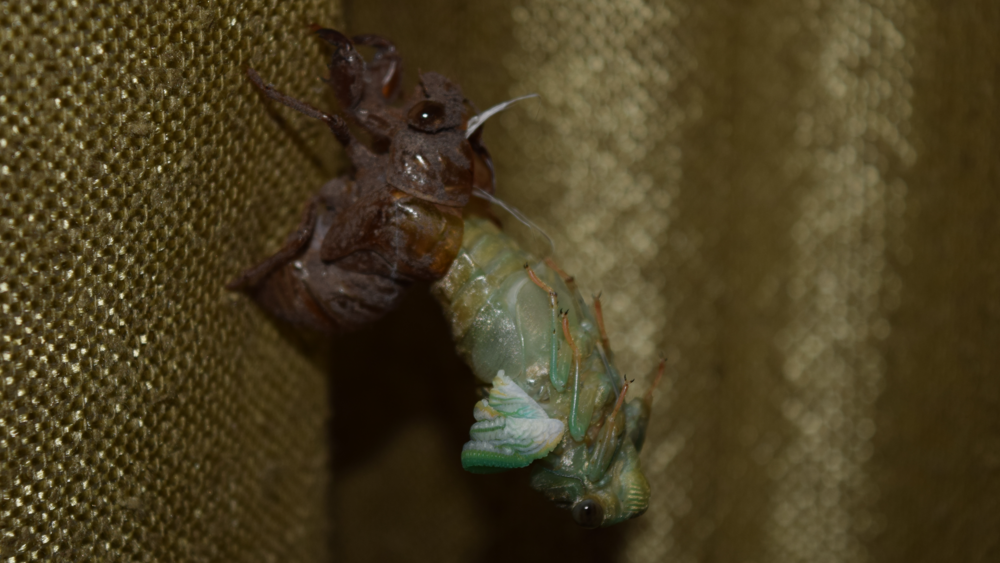 “In Illinois, we have 20 species, and hardly anything is known about them,” Alleyne says. “We know very little about what they’re doing underground.”

Cicadas have a longstanding reputation as loud, swarming pests that keep obnoxiously particular schedules. In the United States, they got a bad rap from the beginning, as early colonists misidentified these clouds of emerging cicadas as locusts. “They were thought of as a biblical plague,” says John Cooley, an assistant professor in residence at the University of Connecticut. That impression has been a lasting one: a group of cicadas is still referred to as a plague or a cloud.“The question I get the most is ‘How do I kill them?’” Cooley says.

Chris Simon, an entomologist with more than 40 years of experience working with cicadas, says that feeling has changed—somewhat. “Some people freak out,” she says. “But the other half...they take their kids out, they go watch [periodical cicadas] come out of their shells. They think it’s amazing.” As another group of cicadas awakens in some U.S. states this spring, experts still have much to learn about them. What we do know, however, is that they are delightfully weird, and researchers across the sciences are studying these creatures to answer big human challenges.