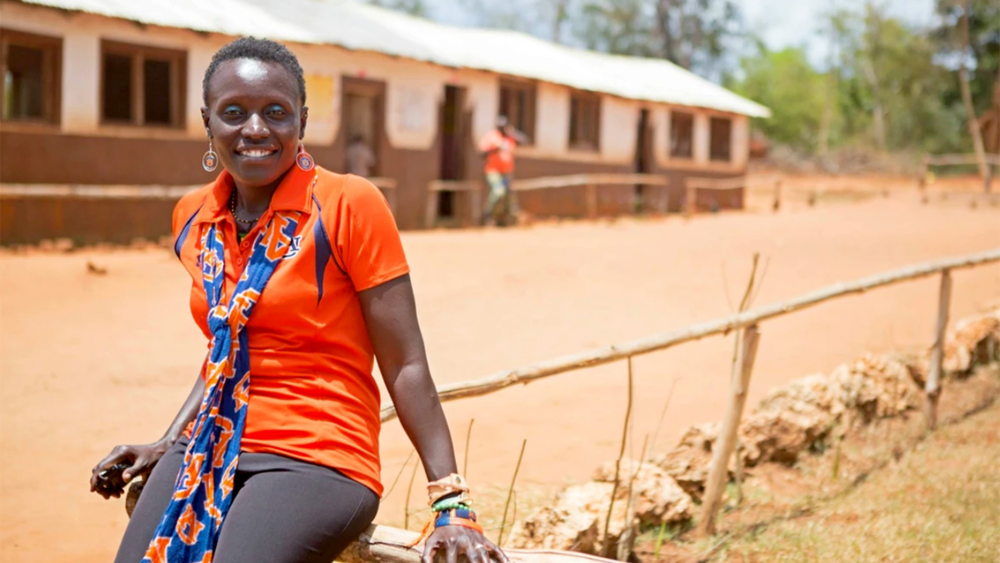 Dr. Esther Ngumbi began her life’s work as a child alongside a river in rural Kenya.

At just seven years old, Ngumbi wanted a hand at farming, so her parents gave her a small strip of land near the river that she could plant cabbage on. Though her parents were both passionate educators, their incomes from teaching alone could not sustain her immediate and extended family, so her parents supplemented their earnings through farming.

Ngumbi would tend to her cabbages each day and often help her parents farm, watching as the crops sprouted from the soil, hopeful and green. But then, “halfway through the season, insects would come and go through our crops, and sometimes what insects hadn’t taken away, drought would,” says Ngumbi, now an assistant professor of entomology at the University of Illinois at Urbana-Champaign. “I would watch this as a kid. A lot of our hard work — waking up in the morning and going to the farm — would be eaten by insects.”

The agricultural problems facing her family were not unique but were endemic to other farmers in her community, and she realized this early on. Even from a young age, Ngumbi wanted to know what the insects were and how farmers could control them. She wanted a career that could help her community grow plentiful food amid challenging circumstances and a changing climate.

Watching her parents sacrifice their own meals to pay for her and her siblings’ school fees, she understood that higher education was key to finding that career. So, after finishing high school, she continued onward to Kenyatta University in Nairobi where she earned a bachelor’s degree in biochemistry and zoology and a master’s degree in entomology. Then, through a highly competitive international fellowship awarded by the American Association of University Women, she went on to receive a doctoral degree in entomology at Auburn University in Alabama.