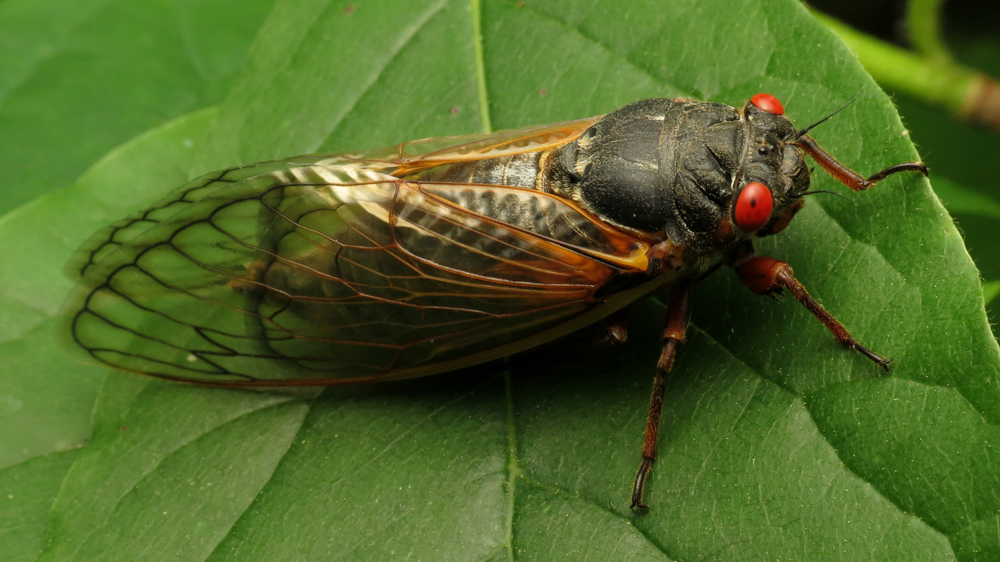 After lying dormant for 17 years, billions of Cicadas – big insects with big wings are awakening in far eastern Illinois, Indiana, Ohio and other states.

Illinois Newsroom’s Reginald Hardwick talked with Katie Dana (Entomology graduate student), the scientific specialist in entomology at the Illinois Natural Science Survey. She says this year’s insect invasion is just a warmup for 2024.

Dana: As of a week ago, the periodical Cicadas just started coming out. They’re only in four counties in Illinois, that’s Vermilion, Edgar, Clark and Crawford counties. We’re definitely seeing them in the Danville area. These Cicadas are very different from our annual Cicadas, the Dog Day Cicadas. These periodical Cicadas are black in color with red eyes, sometimes with some orange markings on them. When they come out, they come out in remarkable numbers. Eventually they will litter the street with their carcasses. It’s really a sight to see. This is nothing like your typical Dog Day Cicada. And they’re quite loud.

Dana: Each species has a different call. There’s the ‘Pharaoh’ Cicada with sometimes people say sounds like [they are saying] ‘Pharaoh, Pharaoh.’ And there’s Cassinii, which has more of a ticking sound before it calls. So, you can hear these two different species pretty clearly right now when you’re out in these areas.