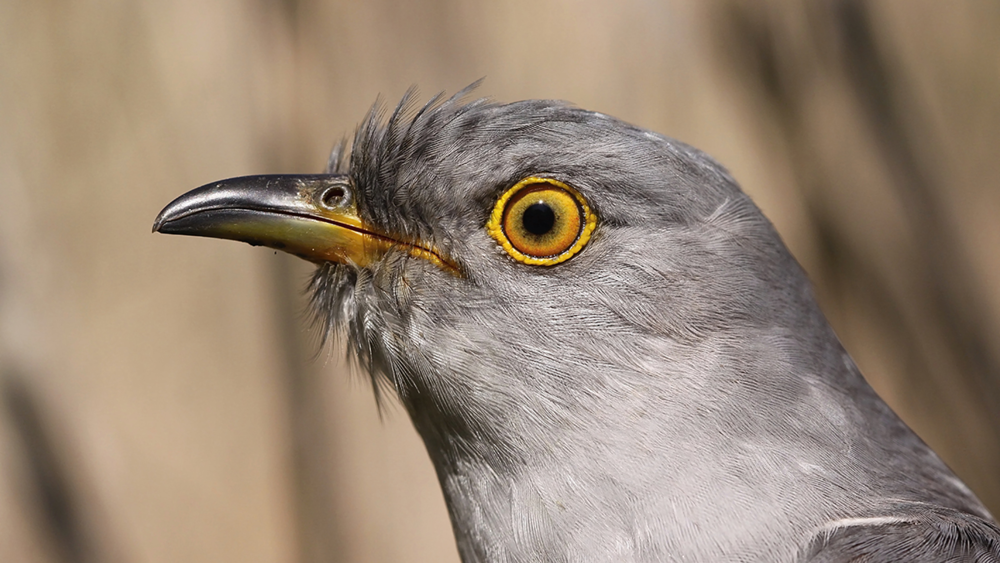 Eye size likely plays a role in the contest between avian brood parasites – birds that lay their eggs in the nests of other species – and their hosts, who sometimes detect the foreign eggs and eject or abandon them, scientists report in the journal Biology Letters.

Brood parasites succeed by offloading the job of parenting to other species. The hosts’ own young suffer as a result of competition with the alien birds. If host birds fail to recognize eggs that are not their own, brood parasites can produce more offspring than would be possible if they simply raised their own.

Some bird species targeted by brood parasites can recognize a foreign egg. These birds will pierce or grasp the egg and eject it, abandon the parasitized nest or – in some cases – enshrine the parasite’s egg by building a new nest on top of the old one. This allows them to devote their parenting efforts solely to their own offspring.

The failure of some host birds to recognize foreign eggs in their own nests is somewhat perplexing, said Mark Hauber, a professor of evolution, ecology and behavior at the University of Illinois Urbana-Champaign, who co-led the new research with Ian Ausprey, a recent doctoral graduate at the University of Florida department of biology and the Florida Museum of Natural History.

“Birds have much better vision overall than we do as humans. They have four color receptors instead of our three. They also can see into the ultraviolet range,” Hauber said. “What we did not know before this study was whether their eyes are adapted to egg rejection.”