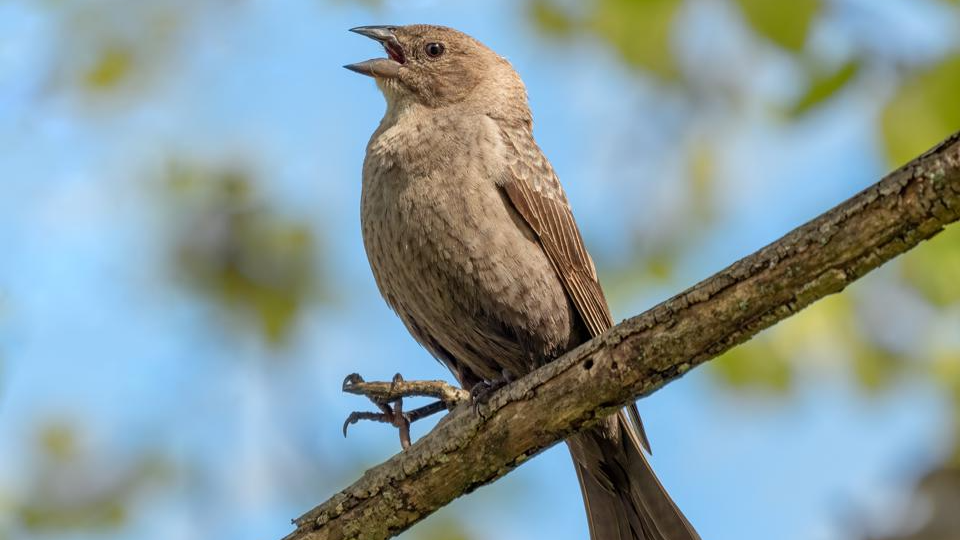 Cowbird Chicks Must Adopt ‘The Goldilocks Principle’ To Boost Survival

Brown-headed cowbirds, Molothrus ater, are fascinating because they have a peculiar child-rearing strategy. Female cowbirds lay their eggs into the nests of other songbirds and trick them into raising their chicks to independence. This reproductive strategy is known as brood parasitism. Some brood parasites, like cowbirds, are known as generalist brood parasites, because they don’t specialize on parasitizing just one avian host species. Instead, cowbird chicks hatch into the nest of one of several hundreds of different potential host species, each with their own style of chick care and level of competition between chicks. Thus, cowbird chicks must quickly figure out how to survive and thrive despite the unpredictable social environment they find themselves in.

“Brood parasites, like brown-headed cowbirds, lay their eggs in the nests of so many different species, we wanted to know about one really important aspect of how they make a go of it in a world that, when they hatch, could be any one of 200 different scenarios”, said lead author of the study, behavioral ecologist and physiologist Nicholas Antonson, a Ph.D. candidate at the University of Illinois Urbana-Champaign.

Cowbirds are not cuckoos

The cowbird’s strategy contrasts with some brood parasites, such as the parasitic cuckoos, which reduce unpredictability faced by their chicks by eliminating all host offspring to avoid the burdens of sharing the nest and parental care. But cowbirds are different: they actually do share with their foster parents’ chicks. Which raises the question: Why don’t cowbirds kill all the host’s chicks?