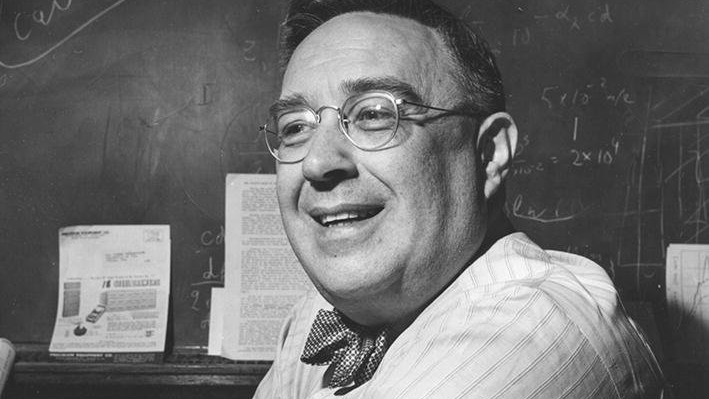 The Departments of Plant Biology and Biochemistry are pleased to announce the creation of the Rabinowitch Lecture Series, which will feature guest speakers who have made key achievements in the two fields.

The series is named after the pioneering photosynthesis researcher Eugene I. Rabinowitch (1898-1973), who was Professor of Botany and Biophysics at the University of Illinois Urbana-Champaign (UIUC) from 1947 to 1968. He, along with Robert Emerson (1903-1959), developed and directed the Photosynthesis Research Laboratory, which evolved into the university's Biophysics program, currently the Center for Biophysics and Quantitative Biology. He taught the biophysics of photosynthesis, and his lab produced many important results, including understanding the photochemistry of chlorophyll, articulating difference absorption spectroscopy and lifetime of chlorophyll fluorescence. Rabinowitch was also a pacifist and authored more than 100 articles on the need for nuclear disarmament. He was named a member of the Center for Advanced Study in 1966.

The Rabinowitch Lecture Series is endowed by his former students Govindjee and Rajni Govindjee. Govindjee, an emeritus professor at UIUC, is an internationally recognized scholar who has made key contributions to the understanding of photosynthesis. He is best known for exploiting chlorophyll a fluorescence to monitor photosynthesis, and for establishing the unique role of bicarbonate in Photosystem II; without it, there is no photosynthesis. Rajni Govindjee made fundamental discoveries on the two-light effect and two-pigment system in chloroplasts and then on the molecular mechanism of proton transport in Halobacterium halobium, using site-directed mutants.