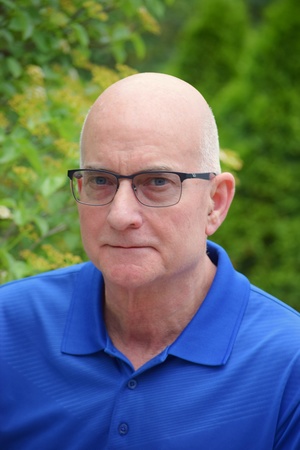 The major focus in the Huber laboratory is on identification of biological mechanisms that regulate important plant processes and impact growth and development. Studies include several levels but most work is focused at the protein level with particular interest in post-translational modifications such as Ser/Thr/Tyr-phosphorylation, Lys acetylation, and redox reactions of Met and Cys.

Current projects in the lab include the following:

Regulation of receptor kinase activity. Receptor kinases transmit information from the outside to the inside of the cell, allowing an organism to respond to a range of stimuli. The receptor kinase BAK1, participates in diverse plant responses that range from brassinosteroid signaling (growth) to innate immunity in response to invading pathogens. BAK1 is surprisingly sensitive to oxidative inhibition, including S-glutathionylation catalyzed by the interacting protein, glutaredoxin C2 (GRXC2). Site-directed mutagenesis suggests that Cys-408 is a major site of glutathionylation, and collaborative studies with University of Illinois collaborators are using molecular dynamics simulation to understand the impact of glutathionylation at the atomic level. How oxidative inhibition contributes to control of BAK1 activity could lead to strategies to manipulate growth and stress responses.

Regulation of soybean seed composition in relation to climate change. Soybeans are valued for their protein and oil content, but when used for human nutrition the content of minerals such as iron is also critically important. Although soybean seeds appear homogenous, the composition of mature seeds varies depending on the position on the main stem where the pods developed: seed produced at the top of the canopy tend to have higher protein and less oil compared to seeds from the bottom of the canopy. The concentration of many minerals does not vary with canopy position, but strikingly, iron concentration is generally 20% higher in seeds from the bottom of the canopy. We are currently investigating the impact of elevated atmospheric CO2 and elevated temperature on seed composition to allow better predictions of how the nutritional value of crops may be affected by future climate conditions.

Manipulation of Rubisco Activase to improve growth and productivity. Rubisco activase is required to maintain the primary photosynthetic carbon assimilation enzyme, Rubisco, in its active form. Rubisco activase is known to be controlled by post-translational modifications that down regulate activity at low light and in the dark. In rice, where Rubisco activase is encoded by one gene, targeted CRISPR/Cas9-mediated genome editing (in collaboration with Iowa State University researchers) removes redox regulation of the enzyme, which was postulated to enhance photosynthesis especially under non-steady state conditions. Results of experiments in the greenhouse and growth chambers suggest a positive impact on plant growth and seed yield per plant, and studies of the mechanism(s) involved are underway.

Protein kinase specificity. We are broadly interested in the factors that control protein kinase specificity in plants, with particular interest in the calcium-dependent protein kinases (CDPKs) and protein kinases targeted to the chloroplast stroma such as cpCK2α. We are interested in phosphorylation motifs targeted by these kinases, and in application of molecular genetic approaches to modify phosphorylation-dependent processes. Fundamental studies of the biological mechanisms that control important plant processes may ultimately produce new approaches to increase the capacity of crop plants to produce and utilize nutrients that support growth of seeds, tubers and fruits.