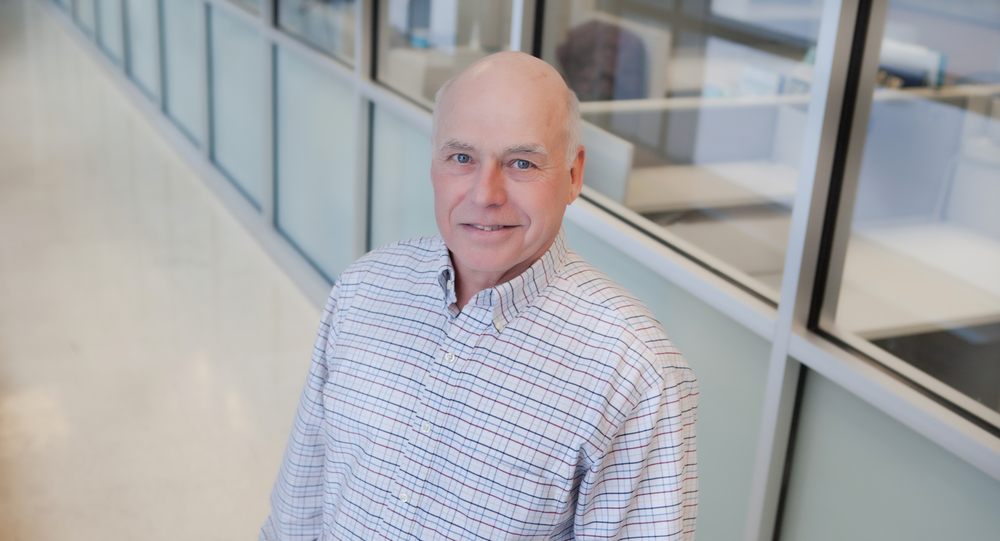 How can we meet the accelerating food needs of the world’s population, without increasing the amount of land used for farming? By making plants better neighbors, and borrowing molecular tricks from other species to make their use of light and carbon more efficient, researchers hope to improve the photosynthetic efficiency of crops and give a much-needed boost to food production.

A new article published in the Proceedings of the National Academy of Sciences (doi: 10.1073/pnas.1424031112) emphasizes the Food and Agriculture Organization of the United Nation’s projected requirement for a doubled food supply by 2050, and creates a roadmap for possible avenues of research to increase plant productivity.

University of Illinois Robert Emerson Professor of Plant Biology Donald Ort was the lead author on the article, which is based on the outcomes of a 2013 workshop held at the Banbury Center at the Cold Spring Harbor Laboratory. The conference brought together plant biologists, who proposed potential targets for improvement in the photosynthetic process, with experts in synthetic biology and computational modeling who provided input on the molecular tools and refinements needed to achieve those improvements.

“What I wanted to do in the workshop was to convene the people who understand photosynthesis,” said Ort, a member of the Carl R. Woese Institute for Genomic Biology (IGB), “and get them in the same room with the people that had the background to know how to begin to develop the tools to implement some of these things.” Ort is the leader of the Genomic Ecology of Global Change research theme at the IGB, and an affiliate of the Biosystems Design research theme.

Since the major improvements in crop yield that were achieved during the Green Revolution of the mid-twentieth century, yield potential of many of  the world’s most important crops are reaching a plateau; the ability of plants to intercept available light and the percentage of total plant biomass that is edible (e.g., grain) are both close to their theoretical maxima.

This leaves one major avenue for increasing crop yield without increasing the area of farmed land: finding ways to make photosynthesis, the process by which plants convert captured light into energy, more efficient. Plant photosynthesis can be surprising inefficient, in part because plants have been selected through evolution to outcompete their neighbors. Plants absorb more light than they can use, emitting unused energy as heat. Their top leaves absorb more than their share of light, leaving little not only for surrounding plants, but for their own lower leaves.

“In a green soybean field, most of the light is absorbed at the top of the canopy. Most of the day, those leaves are four to five times oversaturated. One leaf layer down, they are light starved,” said Ort. “If we can get greater penetration by changing the plant architecture or changing the leaf pigment content, our models suggest the efficiency of that canopy goes up.”

Other inefficient aspects of photosynthesis discussed in the perspective as potential targets for improvement include plants’ inability to use infrared light, as some photosynthetic bacteria are able do; physiological barriers to carbon dioxide uptake; and biochemical constraints of Rubisco, a key enzyme in the sucrose production pathway. One reason these sources of inefficiency cannot be addressed via traditional plant breeding is the low genetic variation among plants of genes involved in photosynthesis. Photosynthesis is a vital process, and almost all mutations that occur naturally will be deleterious so natural improvement requires an evolutionary time scale. To make improvements on a time scale needed to address the looming challenge of global food security, a genomic engineering approach is needed.

They also propose an engineered decrease of pigment in upper leaves to allow a more even distribution of light to all levels of the plant canopy—or even the development of crops with “smart canopies,” with molecular systems that respond to light levels and adjust leaf angle and energy absorption to let light reach the whole plant.

Other proposed modifications include new strategies to replace or improve Rubisco with a more efficient enzyme, and to improve carbon dioxide transport into leaves, and concentration once inside. The authors also discuss the present state of key genetic and genomic technologies, and how these technologies may be improved to achieve some of the complex modifications of photosynthetic processes that they proposed.

The workshop that gave rise to the review, “Redesigning Photosynthesis–Identifying Opportunities and Novel Ideas,” was held May 13–16, 2013. The workshop was co-organized by Sabeeha Merchant, a professor of biochemistry and a member of the Molecular Biology Institute at the University of California, Los Angeles. Twenty-three other coauthors attended from around the world, including Illinois plant biologist and IGB member Stephen Long (also a member of the Genomic Ecology of Global Change research theme, and Biosystems Design research theme affiliate).