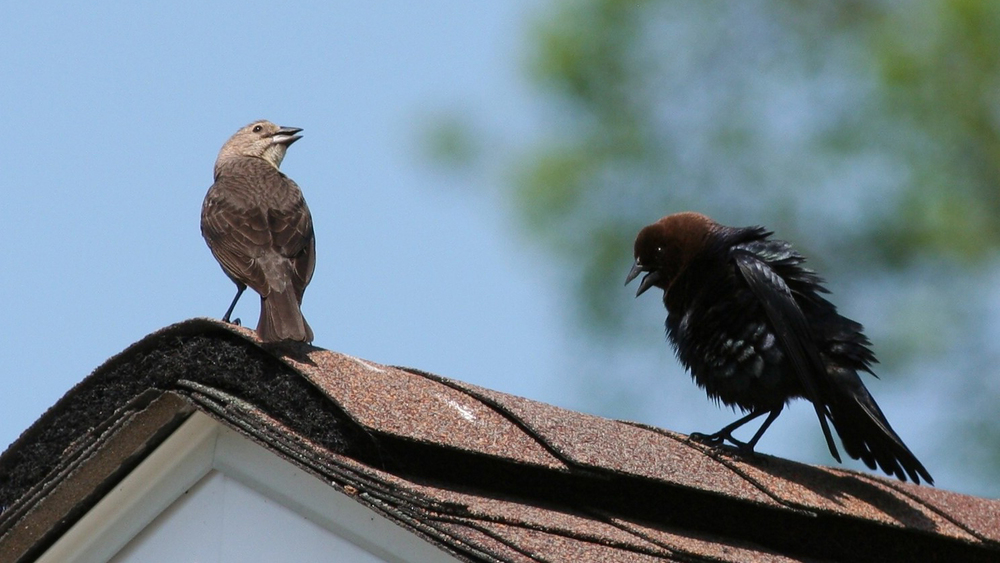 Researchers at the University of Illinois have shown through a multi-year study that cowbirds (Molothrus ater) conform to Bateman’s Principle, which holds that reproductive success is greater in males than in females when they have more mates. Cowbirds are distinct from 99% of other bird species in that they are brood parasites and lay their eggs in nests of birds of other species for them to raise. The researchers confirm a 70-year old theory that males in this species are more likely than females to have greater variation in the number of offspring they produce.

While Bateman’s Principle has been shown to be accurate in many species, the research team at Illinois wanted to see if this nest parasite parenting style of the cowbird would change the variation of reproductive success between males and females.

To do this, the team placed nestboxes for the host species prothonotary warbler (Protonotaria citrea) in 15 sites across the Cache River watershed in southern Illinois. Between 2007 and 2013, researchers collected DNA from over 1500 adult cowbirds and offspring from the sites and used the software COLONY to evaluate genetic relationships and determine a pedigree structure between adult and young parasites.

“The great part about using this program was that it made it possible for us to create genetic profiles of adults that we weren’t able to catch,” said study co-author Prof. Mark Hauber. “You end up getting these broods that are from the same parents or have one parent in common and you can extrapolate from the data to create genetic profiles of the other ‘virtual’ parent.”

Results from the study indicate that cowbirds do conform to Bateman’s Principle, with males exhibiting greater variance in the number of mates they had and the number of offspring they sired.

“The females clearly had preferences for certain males, which end up siring more offspring. That kind of selection just doesn’t happen in the females, which is what we would expect to see if Bateman’s Principle applies,” said Dr. Wendy Schelsky, the study’s senior-author. “This is supported by the pattern that cowbirds exhibit sexual dichromatism – the sexes look different, in other words. The males are iridescent dark and shiny and sing a complex song, whereas the females are brown and more cryptic.”

However, the data also suggested an unexpected result – approximately 75% of the cowbirds in the system were monogamous for the whole breeding season, despite not providing their offspring with food or other resources. “These birds are emancipated from the costs needing a mate to take care of the young, and yet they are engaging in monogamy. It’s the opposite of what you would predict by theory,” said Hauber.

There are a number of potential explanations for this finding, including benefits that paired males provide females that might not be immediately obvious. “There were a lot of males in the system, so females are not limited by their ability to choose males. Females were the rarer sex in this system, so the fact that they’re monogamous indicates that they receive some sort of benefit from only choosing one male,” Schelsky explained.

“This study is about the discovery of how sexual selection works in systems that are not considered ‘normal’ - in terms of parenting styles, in this case,” added Schelsky. “Our system also gave us the opportunity to be one of the most comprehensive studies providing detailed field data on the number of offspring that are produced each year by female brood parasites. The access that we were able to get with the samples – we were able to genetically profile over 1500 individual cowbirds. It gives us a really good idea of what’s going on with these birds on a larger scale.”

Future research will expand upon these findings and broaden the understanding of how cowbirds might select the nests they parasitize, what role the males could play to assist the females, and why monogamy could be such a benefit.

The paper, Greater opportunities for sexual selection in male than in female obligate brood parasitic birds, is available from the Journal of Evolutionary Biology.