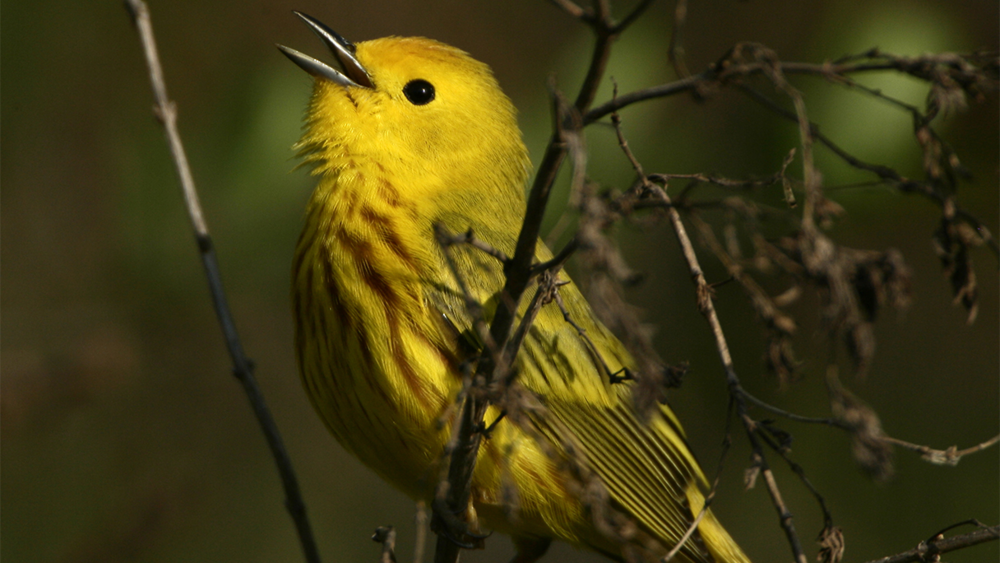 Across North America, hundreds of bird species waste time and energy raising chicks that aren’t their own. They’re the victims of a “brood parasite” called the cowbird, which adds its own egg to their clutch, tricking another species into raising its offspring.

One target, the yellow warbler, has a special call to warn egg-warming females when cowbirds are casing the area. Now, researchers have found the females act on that warning 1 day later—suggesting their long-term memories might be much better than thought.

“It’s a very sophisticated and subtle behavioral response,” says Erick Greene, a behavioral ecologist at the University of Montana, Missoula, who was not involved in the study. “Am I surprised? I guess I’m more in awe. It’s pretty dang cool.”

Birds have been dazzling scientists with their intellects for decades. Western scrub jays, for instance, can remember where they’ve stored food for the winter—and can even keep track of when it will spoil. There’s evidence that other birds might have a similarly impressive ability to remember certain meaningful calls.

“Animals are smart in the context in which they need to be smart,” says Mark Hauber, an animal behavior researcher at the University of Illinois, Urbana-Champaign (UIUC), and the Institute of Advanced Studies in Berlin, who co-authored the new study. He wanted to see whether yellow warblers had the capacity to remember their own important warning call known as a seet.