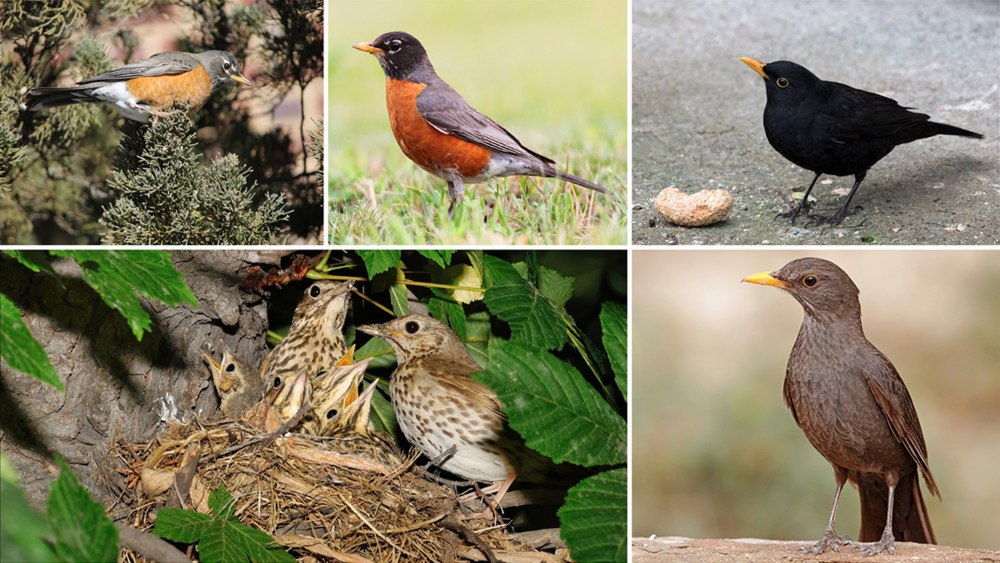 In 1868, the naturalist Charles Darwin wrote that differences in plumage coloration between male and female birds of the same species were likely the result of sexual selection: Female birds – he used the peahen and peacock as an example – seemed to prefer the showiest males. A new study of thrushes offers evidence that another dynamic is at play, and helps explain why this phenomenon, called sexual dichromatism, is not universal among birds, its authors say.

They report their findings in the Journal of Evolutionary Biology.

“There are a number of ideas about why there can be differences in the ornamentation and appearance of plumage between male and female birds,” said Alec Luro, who led the research with ornithologist Mark Hauber, a University of Illinois Urbana-Champaign professor of evolution, ecology and behavior. Luro, now a research data analyst at Maine Medical Center, was a doctoral student in Hauber’s laboratory when they conducted the study. “A key question is why males and females look different in some species and similar in others,” Luro said.

The researchers hypothesized that plumage differences between males and females allow the birds to identify potential mates more quickly and avoid breeding with similar species. While some thrushes can hybridize with other species, such unions are not ideal, Hauber said. Hybrid offspring may be sterile or produce fewer offspring of their own.

The team tested its hypothesis by looking at the coloration patterns, migratory habits, breeding season lengths and breeding range overlaps of true thrushes, a widespread group of birds in the genus Turdus that includes American robins, song thrushes and European blackbirds. With published data on the visual system of European blackbirds, Luro used his statistical modeling expertise to determine which visual cues can be detected by a thrush when it views a bird of the opposite sex of the same species.

“It’s hard for us to imagine what the birds look like to each other because they have a different visual system,” Hauber said. “They have four color receptors instead of three, as humans do. And so differences that are subtle or invisible to humans could look dramatically different to the birds.”