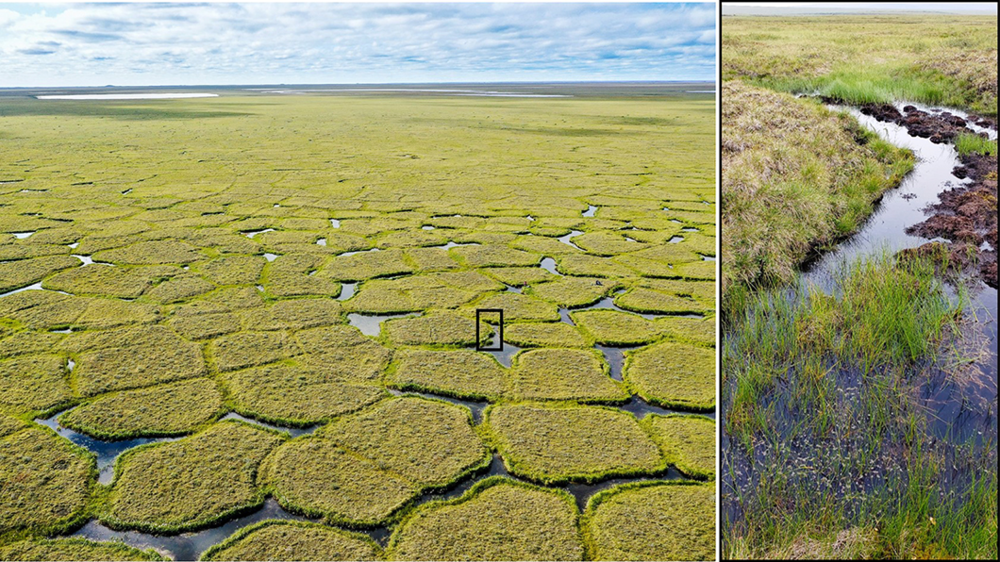 Arctic permafrost, if thawed, could double the amount of carbon in the atmosphere

While climate change is the primary driver of permafrost degradation in Arctic Alaska, a new analysis of 70 years of data reveals that tundra fires are accelerating that decline, contributing disproportionately to a phenomenon known as “thermokarst,” the abrupt collapse of ice-rich permafrost as a result of thawing.

Reported in the journal One Earth, the study is the first to calculate the role of fire on permafrost integrity over so many decades, the researchers say.

The Arctic permafrost is a vast storehouse of frozen plant and animal matter, a carbon stockpile that, if thawed and degraded, could more than double the amount of carbon in the atmosphere, researchers say.

“This process, because it’s very unpredictable, is poorly understood,” said Yaping Chen, a former graduate student at the University of Illinois Urbana-Champaign, who led the research with Mark Lara, a U of I professor of plant biology and of geography and geographic information science, and Feng Sheng Hu, a U of I professor emeritus of plant biology and current dean of arts and sciences at Washington University in St. Louis.

“With this study, we’re advancing our understanding of the permafrost ecosystem,” said Chen, now a postdoctoral researcher at the Virginia Institute of Marine Science in the College of William and Mary.